Motion remains a major limitation of fetal magnetic resonance imaging (MRI). Some centers have required mothers to fast before MRI in an effort to reduce motion; however, there is no current literature that describes the effect of maternal diet on fetal activity.

The objective is to define associations between specific foods and beverages consumed before and the severity of fetal motion during fetal MRI.

Patients were asked to recall the specific foods or drinks consumed before their scan. An experienced technologist rated the level of fetal activity on a 3-point scale, from much less motion than normal (1) to much more (3). Two hundred twenty-eight patients were included. A non-inferiority test was used to establish statistical equivalence between the MR scores of those having a particular food item and those not. For items not shown to be equivalent, an additional superiority analysis evaluated for the presence of any significant difference. Additional data on time from meal to MRI and amniotic fluid index were also analyzed.

Neither fasting nor a specific consumption was associated with a significant difference in fetal motion on MR. It is therefore likely unnecessary for mothers to alter their diets on the day of an MRI study. 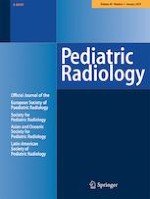