Parkinson’s disease (PD) is a progressive and multifactorial neurodegenerative disease. It has been suggested that a dysregulation of the hypothalamic–pituitary–adrenal axis (HPA) occurs in PD. Furthermore, this dysregulation may be involved in triggering, exacerbation or progression of disease. The objective of this study was to systematically review the literature regarding cortisol levels and their relation with motor, cognitive and behavioral symptoms in patients with PD. A systematic search was performed in PubMed and Embase databases, according to PRISMA norms. Twenty-one studies were included, which evaluated baseline levels of cortisol and motor, cognitive, behavioral symptoms, drugs administration or deep brain stimulation to PD treatment. Sample size ranged from 7 to 249 individuals. In 14 studies that assessed cortisol levels in PD patients, seven showed elevation of cortisol levels. In relation to symptomatology, high levels of cortisol were associated with worst functional scores evaluated by UPDRS, depression and behavior in risk preference. Medication interactions showed an influence on the regulation of cortisol release, mainly, conventional drugs used in the PD’s treatment, such as levodopa. The results found in this review point to a possible relationship between cortisol levels and symptoms in PD, indicating that an HPA axis dysfunction related to cortisol level occurs in PD. 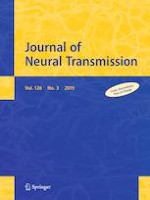