Cost-effectiveness of a classification-based system for sub-acute and chronic low back pain | springermedizin.de Skip to main content
TOOLBAR 1 2 3 4
SUCHE MENÜ 1 2 3 4

The high prevalence of low back pain (LBP) and the associated costs, result in a substantial socioeconomic burden to society [ 1]. Therefore, it is important to evaluate the cost-effectiveness of interventions to help decision makers to determine which intervention should be reimbursed.
For care providers, it is often not possible to reliably make a specific patho-anatomical diagnosis for patients with LBP. Consequently, 85–95% of patients with LBP are diagnosed by their general practitioner as having non-specific LBP [ 2]. Given this absence of diagnostic precision, and the limited evidence that basing treatment on a specific aetiology improves outcomes, most clinicians use pattern recognition and patient profiling in an attempt to optimize treatment outcomes [ 3]. A classification system for LBP that has received considerable attention in the literature is the one developed by Delitto et al. [ 4]. In Delitto’s classification system, classification is based on signs and symptoms of the patient and aims to identify subgroups of patients who are most likely to respond to different types of treatment, i.e. direction-specific exercises, spinal manipulation, stabilization exercises or traction. Two randomized controlled trials (RCTs) reported that treatment based on this system resulted in slightly more favourable outcomes compared with other usual physical therapy management strategies [ 5, 6]. One of these RCTs also conducted an economic evaluation and reported a trend towards reduced total medical costs ($774) compared with usual physical therapy care ($1,004) after 1 year [ 5]. However, a limitation of this study was that only direct medical costs were included, while in patients with chronic LBP most costs are attributed to indirect costs such as absenteeism from paid labour [ 1].
Anzeige
The aim of the present study was to determine whether a modified version of Delitto’s classification-based treatment approach was cost-effective in patients with sub-acute (6–12 weeks) and chronic (>12 weeks) LBP. This approach was compared with usual physical therapy care according to Dutch physical therapy guidelines [ 7, 8]. The economic evaluation was performed from a societal perspective. Details of the effectiveness of this intervention are published elsewhere [ 9].

This economic evaluation was conducted alongside a RCT performed in The Netherlands between 2008 and 2010 [ 9]. The Medical Ethics Committee of the VU University Medical Centre in Amsterdam approved this study. The methods used are briefly described here; a detailed description of the design has been published elsewhere [ 10].

The research physical therapists classified all patients into one of the following treatment subgroups using the criteria of the classification algorithm presented in Fig.  1: direction-specific exercises, spinal manipulation, or stabilization exercises. This algorithm is an updated version of Delitto’s algorithm [ 11] that was modified to fit into the Dutch health care system and the typical Dutch physical therapist practices. Adaptations included; exclusion of patients with acute LBP, because guidelines in the Netherlands discourage physical therapy in this phase [ 7, 12], and exclusion of the traction subgroup because Dutch private practices generally do not have mechanical traction equipment and traction is not recommended in Dutch guidelines [ 7]. Following the recommendation by Stanton et al. [ 13], patients that could be placed in one single treatment subgroup using only the first three boxes of the classification algorithm received the label ‘clear classification’. Patients were given the label ‘unclear classification’ if additional criteria in the second part of the classification algorithm were needed to place them in one of the three subgroups.
×
Anzeige

After the examination by the research physical therapist, an independent researcher randomized each patient to either the classification-based group or the usual physical therapy care group using a randomization list. This list was generated by computer before the start of the trial and patients were pre-stratified by duration of complaints (more or less than 12 weeks) and by disability (Oswestry disability index [ODI] more or less than 25%).

Patients in this subgroup received exercises in the direction that matched their directional preference: extension, flexion, lateral (side-gliding right or left) or flexion-rotation (right or left). For each direction, a treatment protocol was available which contained patient-generated forces (sustained positions and/or repeated movements) and physical therapist-generated forces (mobilizations in the direction of preference). The protocol could be adapted to the patient’s pain responses.

Patients in this subgroup received high-velocity thrusts directed at the affected spinal levels from T12 to L5 and/or the sacroiliac region. Decisions about the choice of the technique and the location of the forces were left to the discretion of the manual therapist. The symptomatic side was manipulated first. During each session, the manual therapist could make a maximum of four attempts (two on each side) to achieve a cavitation (i.e. ‘a pop’) heard or felt by the manual therapist or the patient.

Patients in this subgroup were first taught to activate their local stability system to control neutral joint position in a supine position (‘drawing in’ the stomach with normal breathing). Second, the patients were instructed to perform these abdominal bracing exercises during strengthening exercises performed in standing, quadruped, and side-support positions [ 14]. Third, in addition to these standardized exercises, activity of the local and global muscle systems was trained in positions and movements that aggravated the patient’s pain, to restore functional capacity and improve dynamic control.

The outcome measures were: (1) global perceived effect (GPE), measured by self-assessment on a 7-point Likert scale ranging from ‘completely recovered’ to ‘worse than ever’. The GPE outcome measure was dichotomized a priori into success (completely recovered and much recovered) and non-success (slightly recovered, no change, slightly worse, much worse and worse than ever), (2) pain intensity over the previous week, measured using an 11-point numerical rating scale (NRS, 0 = ‘no pain’ to 10 = ‘worst imaginable pain’), (3) functional status, measured with the 10-item ODI, version 2.1a (score range 0–100) with higher scores indicating lower functional status [ 11]; Health-related quality of life was measured with the EuroQol (EQ-5D) [ 15]. The Dutch tariff developed by Lamers et al. [ 16] was used to calculate utilities. Quality-adjusted life-years (QALYs) were calculated by multiplying the utility of a health state by the time spent in this health state. Transitions between health states were linearly interpolated.

Cost data were collected from a societal perspective at 8, 26, 39 and 52 weeks after the start of treatment. Direct healthcare costs, direct non-healthcare costs and absenteeism from unpaid labour were measured using self-completed cost diaries [ 17]. Absenteeism from paid labour was measured using the Productivity and Disease Questionnaire (PRODISQ) [ 18]. Productivity loss costs were estimated using the friction cost method (FCM), which assumes that sick workers are replaced after a certain period of time (friction period used was 154 days) [ 19]. Mean productivity costs per working hour according to age and sex were used to estimate the costs of absenteeism [ 19]. Healthcare utilization was valued according to the guidelines published in the updated handbook for economic evaluation in the Netherlands [ 19]. Medication was valued using prices of the Royal Dutch society for Pharmacy, the G-standard (Z-index, The Hague, The Netherlands). Table  1 lists the cost categories and prices used in the present study. The index year for this study was 2009 [ 20].
Table 1
Prices used in the economic evaluation
HNP herniated nucleus pulposus
aDepending on age and gender [ 22]
Anzeige

The economic evaluation was performed according to the intention-to-treat principle. Multiple imputation (MI) was used to impute missing cost and effect data. In the MI procedure, five imputed data sets were generated, each of which was analysed separately. Using Rubin’s rules, effects and costs from the five complete data sets were pooled [ 21]. All analyses were based on imputed data.
Mean clinical outcome differences were analysed with t tests and uncertainty was estimated by 95% confidence intervals. Costs generally have a highly skewed distribution. Therefore, bootstrapping with 5,000 replications was used to estimate ‘approximate bootstrap confidence’ (ABC) intervals around cost differences [ 22, 23]. Incremental cost-effectiveness ratios (ICERs) were calculated by dividing the incremental costs by the incremental effects. Similarly, incremental cost-utility ratios (ICURs) were calculated by dividing the incremental costs by the difference in QALYs based on the EQ-5D. Uncertainty around the ICERs and ICURs were estimated using bootstrapping with 5,000 replications. The bootstrapped cost-effective pairs were graphically represented on cost-effectiveness planes (CE planes) [ 24]. Cost-effectiveness acceptability curves (CEA curves) were estimated that indicate the probability that a treatment is cost-effective at a specific ceiling ratio, which is the amount of money society is willing to pay to gain one extra unit of effect [ 25].
To assess the robustness of the study results, we performed three sensitivity analyses. Firstly, a per-protocol analysis was conducted. A deviation from the protocol was defined as not receiving treatment after allocation, withdrawal from therapy after three or less visits and not being treated according to patient’s subgroup for patients allocated to the classification-based group. Second, the main analyses were repeated using only complete cases (i.e. with complete clinical outcome data and complete cost data). Finally, the impact of using the Human Capital Approach (HCA) instead of the FCM on the results was assessed. With the HCA the total costs of productivity losses are estimated without considering the possibility of replacing a sick worker.
Finally, a post hoc per-protocol analysis was performed among patients with a ‘clear classification’ label. A previous analysis showed that for this subgroup the clinical outcomes slightly increased in favour of the classification-based group after 1 year [ 9]. All analyses were performed in SPSS-18 and R [ 26].
Anzeige

The results of the sensitivity analyses are also presented in Table  6. The results of these analyses followed the same pattern as the main analyses. However, when using the HCA, the total costs of classification-based treatment were slightly less compared with usual physical therapy care (Table  6).

A total of 116 patients met the criteria of a ‘clear classification’ and 104 of these patients followed the treatment protocols. A per-protocol analysis among patients with a ‘clear classification’ label showed that there was a trend for larger effects for classification-based treatment compared with the results of the other analyses (Table  6). However, between group differences were again only statistically significant for GPE and the cost-effectiveness results did not differ fundamentally from the main analysis.

Societal costs of classification-based treatment in patients with LBP were comparable with usual physical therapy care. Cost-effectiveness could not be demonstrated with regard to any of the outcome measures. Therefore, based on a societal cost perspective, we do not recommend widespread implementation of this approach.

For this study we received a grant from the Netherlands Organisation for Health Research and Development (ZonMw, project no: 170882401). The funders had no role in the design and conduct of the study, data analysis or writing of the report. The authors wish to thank all the physical therapists and patients for their participation in this project. The authors acknowledge Julie Fritz, Mark Hancock, Steve Kamper, Nick Henschke and Tasha Stanton who contributed to the discussions and conclusions presented in this article. 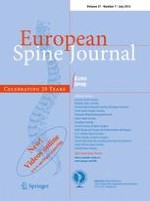 Spine stabilisation exercises in the treatment of chronic low back pain: a good clinical outcome is not associated with improved abdominal muscle function

Physical fitness, rather than self-reported physical activities, is more strongly associated with low back pain: evidence from a working population