Some surgeons perform flexible fiberoptic laryngoscopy (FFL) in all patients prior to thyroid cancer operations. Given the low likelihood of recurrent laryngeal nerve (RLN) or aerodigestive invasion in clinically low-risk thyroid cancers, the value of routine FFL in this group is controversial. We hypothesized that routine preoperative FFL would not be cost effective in low-risk differentiated thyroid cancer (DTC).

A decision model was constructed comparing preoperative FFL versus surgery without FFL in a clinical stage T2 N0 DTC patient without voice symptoms. Total thyroidectomy and definitive hemithyroidectomy were both modeled as possible initial surgical approaches. Outcome probabilities and their corresponding utilities were estimated via literature review, and costs were estimated using Medicare reimbursement data. Sensitivity analysis was conducted to examine the uncertainty of cost, probability, and utility estimates in the model.

When the initial surgical strategy was total thyroidectomy, routine preoperative FFL produced an incremental cost of $183 and an incremental effectiveness of 0.000126 quality-adjusted life-years (QALYs). The incremental cost-effectiveness ratio (ICER) for routine FFL prior to total thyroidectomy was $1.45 million/QALY, exceeding the $100,000/QALY threshold for cost effectiveness. Routine FFL became cost effective if the preoperative probability of asymptomatic vocal cord paralysis increased from 1.0% to 4.9%, or if the cost of preoperative FFL decreased from $128 to $27. Changing the extent of initial surgery to hemithyroidectomy produced a higher ICER for routine FFL of $1.7 million/QALY.

Routine preoperative FFL is not cost effective in asymptomatic patients with sonographically low-risk DTC, regardless of the initial planned extent of surgery. 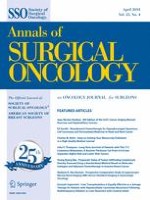 Analysis of the Infiltrative Features of Chordoma: The Relationship Between Micro-Skip Metastasis and Postoperative Outcomes