The coronavirus SARS-CoV-2 outbreak led to the most recent pandemic of the twenty-first century. To contain spread of the virus, many nations introduced a public lockdown. How the pandemic itself and measures of social restriction affect hospital admissions due to acute cardiac events has rarely been evaluated yet.

The SARS-CoV-2 pandemic and concomitant social restrictions are associated with reduced cardiac events admissions to our tertiary care center. From a public health perspective, strategies have to be developed to assure patients are seeking and getting medical care and treatment in time during SARS-CoV-2 pandemic.
Begleitmaterial
Supplementary file1 (DOCX 12 kb)
Hinweise

Sudden, unforeseen, or stressful events, like natural disasters or sports finals that affect a large number of people in defined areas, are known to potentially increase the risk of cardiac events including cardiac arrhythmia, acute coronary syndrome, and even out-of-hospital cardiac arrest [1‐3].
Spread of the novel coronavirus (SARS-CoV-2) resulted in a rapidly expanding global pandemic with substantial regional differences in overall infection numbers, the number of infected getting COVID-19 disease and requiring medical treatment, and the percentage of those in severe condition requiring treatment in an intensive care unit. Recently, it has been reported that in Austria, hospital admissions due to acute coronary syndrome declined significantly during March 2020, suggesting a potential undersupply of patients with cardiac disease during the COVID-19 outbreak [4]. As shown in a very recent report from Northern Italy, a region hit very hard by the pandemic, hospital admissions due to acute coronary syndrome (ACS) were significantly reduced as compared to the months before the pandemic as well as the same period in the previous year [5].
Anzeige
In Germany, the first known SARS-CoV-2 infections were confirmed in late January 2020. Extensive public health measures were initiated on March 21st, 2020 to minimize people’s physical contact to avoid further spread of SARS-CoV-2 and to control the COVID-19 outbreak and initially scheduled to last until the April 20th, 2020. However, social isolation can also have detrimental effects on the people’s health, but the cardiovascular consequences of these measures have rarely been studied yet [6].
This study sought to investigate the hospital admissions due to acute cardiac events including acute coronary syndrome, cardiac arrhythmia, and out-of-hospital cardiac arrest in a tertiary care center in the South of Germany during the national lockdown including social restrictions in comparison to the previous years when no pandemic crisis was announced. Moreover, we compared markers of myocardial damage in patients presenting with ST-segment elevation (STEMI) to assess potential delay of admission.

This retrospective comparative study included all consecutive patients who were admitted to either the emergency department (ED) or the intensive care unit (ICU) at Ulm University Hospital with one of the final clinical discharge diagnoses: (1) acute coronary syndrome (ACS) comprising myocardial infarction with ST-segment elevation (STEMI), myocardial infarction without ST-segment elevation (NSTEMI), and unstable angina (UA), (2) cardiac arrhythmia, and (3) out-of-hospital cardiac arrest. All collected data were part of routine assessment and routine procedures conducted during the hospital stay, no study specific procedures were involved. All ACS patients underwent a percutaneous coronary intervention (PCI) because of severe coronary artery stenosis or total occlusion, as indicated by the current guidelines [7, 8]. The study period comprises 31 days between March 21st, 2020, when rigorous public health measures came into effect, and April 20th, 2020, when public opening was partly initiated. A number of patients admitted to our hospital with acute cardiac events were assessed daily in a retrospective manner and compared with the same periods in the previous three years (2017–2019). Only patients admitted from the region usually covered by our hospital by emergency medical services were included. Patients transferred from other hospitals were excluded. The study complies with the Declaration of Helsinki and was approved by the local ethics committee (number of application and positive vote 130/20).

Demographic, clinical, laboratory, and outcome data were extracted from electronic medical records by two physicians separately (MR und MB) and adjudicated by a third one (AI) in case of any kind of difference.
Anzeige

Classification in STEMI, NSTEMI, and UA was done by clinical presentation, reviewing the electrocardiogram report, high-sensitivity troponin T (hsTnT) plasma concentrations at admission, and in compliance with the current guidelines [7, 8]. To avoid inclusion bias, patients classified to suffer from unstable angina were only included in the analysis when they finally underwent cardiac catheterization with percutaneous coronary intervention [7]. Arrhythmic events had to be documented at the time of admission by the hospital staff, by the admitting emergency medical service, or by an implanted cardiac device. Absolute numbers of admission in Fig. 1 were reported on a weekly basis from Saturday (March 20th) to Friday and the remaining three days till the ending of complete restrictions (1a) and according to the first and the last 15 days of the study period (1b).
×

Blood samples were drawn at the time of hospital admission for measurements of hsTnT (ElectroChemiLumineszenz ImmunoAssay “ECLIA” Roche, Cobas 8000), creatine kinase (CK), and lactate dehydrogenase (LDH) as part of the clinical routine. Also, every patient was tested for SARS-CoV-2 by throat swab test (Sigma-Virocult® with 2 ml Virocult® medium, Check Diagnostics GmbH, Germany) and analyzed by PCR at the local Institute for Virology.

Continuous variables were presented as median and interquartile range (IQR) or mean and standard deviation as appropriate, categorical variables as absolute and relative frequencies, respectively. Mann–Whitney U test, Chi2 test, or Fisher’s exact test were used to compare variables between study period and control period where appropriate. Crude incidence rates per day and incidence rate ratios including 95% confidence intervals (CI) comparing the study period with the control periods were calculated by the use of Poisson regression to model the number of hospitalizations per day. Statistical analyses were performed with SAS version 9.4 under Windows. A two-sided p value of 0.05 was considered to be statistically significant. Owing to the explorative nature of this study, all the results from statistical tests have to be interpreted as hypothesis generating. An adjustment for multiple testing was not done.

During the study period and the comparative periods, a total of 455 patients with acute cardiac events were admitted to Ulm University Hospital and included into the study (Table 1). When comparing the study period of 2020 to the control periods 2017–19, 33% and 37% were females (p = 0.46) and patients were slightly younger with 67 ± 13 and 70 ± 12 years, respectively (p = 0.07). At least one cardiovascular risk factor was present in 91% of patients (n = 416) of which arterial hypertension (79%) and dyslipidemia were the most frequent (62%). 45% of all patients had known coronary artery disease and 9% a history of TIA or stroke. Mean heart rate at admission was 92 ± 30/min and systolic blood pressure 138 ± 26 mmHg without significant differences between the groups. Most of the baseline characteristics of patients in 2020 were similar to those in 2017–2019 except for history of TIA or stroke (15% vs. 7%, p = 0.02), dyslipidemia (52% vs. 64%, p = 0.03), and diastolic blood pressure (85 ± 14 mmHg vs. 77 ± 16 mmHg, p = < 0.01), and are summarized in Table 1. None of the 2020 cohort was tested positive for SARS-CoV-2 infection by PCR.
Table 1
Demographics and clinical characteristics
The data are mean ± standard deviation or absolute frequencies (percent)
bpm, beats per minute; CAD, coronary artery disease; OSAS, obstructive sleep apnea syndrome; COPD, chronic pulmonary obstructive disease
Figure 1a shows the mean numbers of acute cardiac events per week and Fig. 1b the number of admissions in the first 15 days and the last 15 days during the periods in 2017–19 and in 2020. In 2020, overall fewer patients (− 22%) were admitted to our hospital as compared to the previous years. Moreover, admissions dropped during the first 15 days as compared to the last 15 days of the study period (42 vs. 50 patients) indicating an acute effect when public restrictions came to effect. This differed from the constant rates in the previous years (59 vs. 57 patients).
A number of hospital admissions due to acute cardiac events and laboratory findings in patients presenting with STEMI are summarized in Table 2 (and in detail in the Online Resource 1). ACS represents the major diagnosis in both periods (55% in 2020 and 57% in 2017–19). Distribution of diagnoses did not differ between the study and the control period. In order to assess whether the COVID-19 outbreak and the public restrictions potentially delayed admission of patients even with STEMI, we compared measured hsTnT, CK, and LDH plasma concentrations at admission. We observed that initial hsTnT concentrations were significantly higher in patients during the SARS-CoV-2 pandemic in 2020 (644 ng/l, IQR 372–2388) as compared to those admitted in 2017–2019 (195 ng/l, IQR 84–1134; p = 0.02) indicating a prolonged time between the onset of symptoms and first medical contact.
Table 2
Hospital admissions due to acute cardiac events
The data are absolute frequency (percent) or median with inter-quartile range (IQR)
STEMI, ST-segment elevation myocardial infarction; NSTEMI, non-ST-segment elevation myocardial infarction
Table 3 shows the crude incidence rate (per day) and incidence rate ratios for acute cardiac events. Overall admissions due to cardiac events during the COVID-19 outbreak were significantly lower as compared to 2017–19 (IRR 0.78; 95% CI 0.62–0.98). Admissions due to all ACS declined as well, but the 95% CI included the null-effect value (IRR 0.75; 95% CI 0.56–1.02). Of note, significantly fewer patients with NSTEMI were admitted (IRR 0.46; 95% CI 0.27–0.78). In contrast, we did not observe a significant decrease in admissions due to unstable angina, STEMI, cardiac arrhythmia, and out-of-hospital cardiac arrest.
Table 3
Incidence rate ratios of hospital admissions
IRR, incidence rate ratio

In conclusion, the SARS-CoV-2 pandemic is associated with a substantial reduction of admissions to our tertiary care hospital in the South of Germany due to acute cardiac events. Iatrophobia and framing issues, such as calls to strictly follow regulations for social distancing as to not overwhelm the healthcare system and stay at home messages may be among the major reasons for this observation. Further studies should investigate the possible effects on medical care, adverse outcomes, and potential excess morbidity and mortality in patients with cardiac disease. From a public health perspective, strategies have to be developed to maintain public awareness for life-threatening diseases, such as acute coronary syndromes to ensure adequate and timely medical care for all patients in order to prevent the potential additional excess morbidity and mortality not caused by COVID-19 itself, but other factors, including fear of getting infected and shutdown measures during future pandemics and at the present crisis.

The data underlying this article will be shared on reasonable request to the corresponding author.
Open AccessThis article is licensed under a Creative Commons Attribution 4.0 International License, which permits use, sharing, adaptation, distribution and reproduction in any medium or format, as long as you give appropriate credit to the original author(s) and the source, provide a link to the Creative Commons licence, and indicate if changes were made. The images or other third party material in this article are included in the article's Creative Commons licence, unless indicated otherwise in a credit line to the material. If material is not included in the article's Creative Commons licence and your intended use is not permitted by statutory regulation or exceeds the permitted use, you will need to obtain permission directly from the copyright holder. To view a copy of this licence, visit http://​creativecommons.​org/​licenses/​by/​4.​0/​.
insite
INHALT
download
DOWNLOAD
print
DRUCKEN
Anhänge 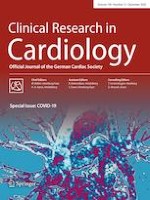 Unveiling the mystery of “missing” emergencies in the era of COVID-19 pandemic: a generalized phenomenon with unclarified implications