To estimate the variability of CT diagnostic reference levels (DRLs) according to the methods used for computing collected data.

Dose-length products (DLP) were collected by our national nuclear control agency from the 250 devices installed in 140 medical centers in the country. In 2015, the number of head, thorax, abdomen, and lumbar spine examinations collected in these centers ranged from approximately 20,000 to 42,000. The impact on DRLs of the number of devices considered, as well as the differences in descriptive statistics (mean vs. median DLP) or methods of pooling DLP data (all devices vs. all patients), was investigated. Variability in DRLs was investigated using a bootstrapping method as a function of the numbers of devices and examinations per device.

Number of devices and of DLP data per device, descriptive statistics, and pooling data influence DRLs. As differences in methods of computing survey data can artificially influence DRLs, harmonization among national authorities should be recommended.

• Due to CT dose variability, that of DRLs is at least of 10%.
• DRLs derived from medians are lower than from means and differ from those obtained by pooling all patient data.
• Fifty to 60 devices should be sufficient for estimating national DRLs, regardless of the number of data collected per device. 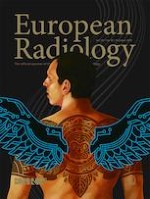 Multiparametric MRI of the bladder: inter-observer agreement and accuracy with the Vesical Imaging-Reporting and Data System (VI-RADS) at a single reference center