Objectives of the current study were to find the most effective method of induction of labour in case of intrauterine foetal death (IUFD), with efficacy described as least induction-to-delivery time, and the agent with the best safety profile, i.e. least maternal complications.

This was a prospective observational descriptive study carried out between January and November 2015 in a tertiary care centre. Hundred consecutive cases of IUFD after 20 weeks of gestation requiring induction of labour and fulfilling inclusion criteria were selected. The method of induction decided by each consultant was noted, and results were analysed. As this was a purely observational study, all agents used for induction of labour (misoprostol, dinoprostone gel, intracervical Foley catheter) and all dose variations were included.

The induction-to-delivery interval was shortest with dinoprostone (12.52 h) followed by Foley catheter (13.28 h) and misoprostol (15.82 h). However, the p value (0.301) was not statistically significant. Misoprostol was used more often in second trimester, while dinoprostone gel was most commonly used in third trimester. Failure occurred in 3 cases; all required lower segment caesarean section (LSCS). No significant complications were associated with any of the methods.

Dinoprostone gel, misoprostol and Foley catheter are safe for induction of labour in all cases of IUFD, even for those with previous LSCS with IUFD. 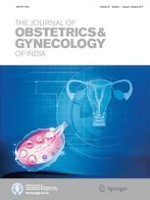 Methylene Blue Use: Is It Safe