The ED of stress MPI radiopharmaceuticals in Japan is probably higher than the world standard because more than 50% of the facilities still use 201TlCl. We recommend revising the routine stress MPI protocol to reduce the effects of ionizing radiation. 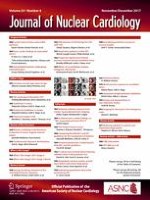 Nuclear cardiology in the literature: A selection of recent, original research papers

Cardiovascular disease in the literature: A selection of recent original research papers

A quick glance at selected topics in this issue

Guidelines in review: Comparison between AHA/ACC and ESC guidelines for the management of patients with ventricular arrhythmias and the prevention of sudden cardiac death