Trazodone (TRZ) is an antidepressant drug which widely used to treat insomnia, but it has a cardiotoxic effect which considered one of the TRZ limitations. The aim of this study was to investigate the protective role of l-carnitine in rats against TRZ-induced cardiotoxicity, as well as to look into the molecular mechanisms underlying its cardioprotective effects via autophagy-mediated cell death and oxidative stress. Male albino rats were randomized into four experimental groups (n = 8): normal control, TRZ group (TRZ, 20 mg/kg/day), l-carnitine group (LC, 200 mg/kg/day), and Co-treated group (l-carnitine and TRZ). All treatments were administered via oral gavage for 4 weeks. Cardiac enzymes (AST & CK-MB) and serum cardiac troponin T(cTnI) were assessed. Oxidative stress biomarkers in heart tissue (malondialdehyde; MDA, total thiol, and catalase activity) were measured. Autophagy related-genes (ATG-5 and Beclin-1), P62, and TNF-α were quantified. AST and CK-MB and cTnI significantly (p < 0.001) were increased with enhanced autophagy as well as severe histopathological changes which were manifested as scattered chronic inflammatory cells with focal fragmentation of myocardial fibers and loss of nuclei in TRZ-treated group. However, daily administration of l-carnitine (200 mg/kg) for 28 days completely reversed TRZ-induced the increased cardiac enzymes, autophagy, and myocardial inflammatory processes to the normal values. TRZ administration might have the potential to cause cardiotoxic effects that can be treated with l-carnitine administration.
Hinweise
Handling Editor: Y. James Kang.

Depression is a mood illness marked by feelings of melancholy, worry, insomnia, and suicide ideation. Trazodone (TRZ) is a serotonin receptor type 2 (5-HT2) antagonist and reuptake inhibitor that has been clinically approved since 2001. Despite the fact that TRZ is a pharmacologically approved treatment for insomnia, it has a long list of documented side effects, including headaches, dizziness, hypotension, syncope, and feeling off balance problems [1]. Also, previous studies reported cardiovascular adverse effects such as electrocardiogram (ECG) irregularities (prolonged PR interval & long QT syndrome), postural hypotension, and cardiac arrhythmias were induced at therapeutic and even subtherapeutic doses of TRZ [2]. However, the molecular pathogenesis and mechanisms by which TRZ exert its cardiac side effects still not fully understood.
One of the most prevalent mechanisms of drug-induced cardiotoxicity is the generation of reactive oxygen species (ROS) and free radicals. The production of reactive oxygen species (ROS) regulates the expression of many cytokines, including tumor necrosis factor (TNF-α), which serves as an essential inflammatory biomarker for cardiotoxicity [3, 4] Therefore, the inhibition of TNF-α through the administration of cardioprotective agents could have a potential therapeutic role.
Anzeige
Autophagy is one of the most recently discovered main cell death mechanisms, since it begins with the destruction and recycling of proteins and organelles, which are subsequently sequestered into double-membrane vesicles known as autophagosomes [5, 6]. Recent studies reported more than 30 autophagy-related (ATG) genes that stimulate autophagy through coding proteins essential for induction, maturation, and recycling of autophagosomes [7, 8] Furthermore, autophagy has been found to play a critical role in cardiac homeostasis mechanisms. The inhibition of autophagy gene 5 (ATG5) resulting in myocardial dysfunction, as well as inactivation of disruption of ATG6 (also known as Beclin1) accelerating heart failure in cardiomyopathic mice [3, 9]. Additionally in heart failure patients, autophagic myocyte death was observed. Cardiomyocytes are differentiated cells that lose their proliferative potential as a result of lethal injury such as necrosis, apoptosis, or autophagy, which causes heart malfunction and worsens cardiac failure [7].
l-carnitine (LC) (β-hydroxy-γ-N-trimethylaminobutyric acid) is required for the transport of long-chain fatty acids into mitochondrial matrix to start β-oxidation of fatty acids which is the primary energy source in the myocardium[10]. Previous studies demonstrated that LC has antioxidant, anti-inflammatory, and antiapoptotic properties which could be of value in protection against cardiotoxicity [11, 12]. The purpose of this study was to investigate the molecular mechanisms that explain l-carnitine's protection against TRZ-induced cardiotoxicity by examining its effects on autophagy, inflammation, and oxidative stress.

Male Albino rats weighing 150–200 g at 12 weeks of age were purchased from the animal house of Giza Institute of Ophthalmology, Cairo, Egypt. The animals were kept at12 h light–dark cycle and 25 ± 2 °C temperature. All the animals were allowed free access to diet and tap water. After a week of adaptation, rats were divided randomly and equally into four groups (n = 8) as follows:
Control group
Rats received vehicle (distilled water) orally for 28 days [13].
TRZ group
Rats received oral dose of TRZ (20 mg/kg BW/day) for 28 days [13]. TRZ at 20 mg/kg/day induces cardiotoxicity in rats, hence this dose was chosen based on past researches. TRZ causes a reduction in heart rate, a longer PR interval, and smaller QRS and T amplitudes. In addition, serum AST and cTn-T levels were considerably higher than in the control group [1, 13].
LC (lcarnitine) group
Rats received oral dose of l-carnitine (200 mg/kg BW/day) for 28 days. Several studies found that different dosages of LC, such as 150 and 300 mg/kg BW/day, had a protective impact on cardiomyocytes. Cardiotoxicity pathogenic alterations such necrotic muscle fibers and large inflammatory cellular infiltrations were reduced by LC [14, 15].
LC + TRZ (l-carnitine and TRZ) co-treated group
Rats received TRZ (20 mg/kg/day) along with l-carnitine (200 mg/kg/day) for 28 days via oral gavage.
Anzeige
At the end of the experiment (after 4 weeks), rats were kept fasted overnight and weighed. Then, rats were sacrificed by cervical dislocation under ether anesthesia. Aliquots of serum samples were collected and separated using cooling centrifuge at × 708 g (Laborzentrifugen 3-3OK, Sigma, Germany). Then, serum was stored at − 80 °C for biochemical analysis. Fresh hearts were dissected after scarification of rats, washed with normal saline, then dried, and weighed. Heart was cut into small portions. One portion was fixed in 10% formalin for histopathological examination, while the other portions were kept at − 80 °C for biochemical analysis and qRT-PCR measurements.

Heart tissue homogenate was prepared by homogenization of 0.2 g of cardiac tissue in two mL phosphate buffered saline (pH 7.4, (1:10) w:v ratio) using Polytron homogenizer (PT 3100, Switzerland) at × 800 g for 20 min at 4˚C and the supernatant was separated immediately and stored at – 80 °C until future analysis [16].

Determination of P62 in Heart Tissue

The lipid peroxidation biomarker, malondialdehyde (MDA), was determined using MDA assay kit purchased from (Spectrum-Diagnostics®). The assay is based on the interaction of malondialdehyde (MDA) with thiobarbituric acid (TBA), which results in the formation of an MDA-TBA2 adduct with a strong absorption at 532 nm. MDA was expressed (nmol/g tissue) using a molar extinction coefficient for MDA of 1.56 × 105 M−1 cm−1[17]. Catalase (CAT, EC 1.11.1.6) activity was measured by monitoring H2O2 at 240 nm as previously described by Aebi [18]. The total thiol content of the heart was determined using Sedlak and Lindsay's technique [19]. The yellow dianion of 5-thio-2-nitrobenzoic acid (TNB) is formed when total thiol is treated with DTNB (5,5′-dithiobis-2-nitrobenzoate). The total thiol content was determined using a 13,600 M−1 cm−1 molar extinction coefficient and expressed as mmoL/g tissue.

Paraffin-embedded specimens were deparaffinized in xylene and dehydrated in graded alcohol. 3% hydrogen peroxide in phosphate buffered saline was used to inhibit endogenous peroxidase activity. After 20 min incubation with a protein-blocking solution consisting of PBS with 1.5% normal goat serum (DAKO, Glostrup, Denmark), sections were incubated overnight at 4 °C with the appropriate dilution of Rabbit monoclonal [EPR18709] to LC3BII—Autophagosome Marker (Abcam, UK) antibody. After that, the sections were treated for 30 min with the correct dilution of biotinylated anti-mouse IgG (Vectastain Elite Avidin–Biotin Complex kit, Vector Labs, Burlingame, CA). Stable 3,3′-diaminobenzidine tetrahydrochloride was used to observe immunocomplexes (Dojin, Kumamoto, Japan). The sections were washed in distilled water and counterstained with Mayer's hematoxylin for 10 s [22].

Effect of Treatment on Cardiac Histology

TRZ therapy caused cardiotoxicity in the current investigation, as evidenced by elevated cardiac enzymatic indices and significant histological alterations such as distributed chronic inflammatory cells with focal fragmentation of myocardial fibers and nuclei loss. TRZ's cardiotoxicity was caused by an increase in oxidative stress, inflammation, and autophagy. The antioxidant and scavenging properties of l-carnitine, on the other hand, helped to ameliorate these effects.

Further studies will be required to explore detailed mechanisms of cardio- protective effects produced by l-carnitine.

The author(s) declared no potential conflicts of interest with respect to the research, authorship, and/or publication of this article.

Animal care and experiments were performed in accordance with institutional guidelines and with the approval of the Research Ethics Committee of Faculty of Pharmacy, Tanta University; Code number: FPTU-11-2019.
Open AccessThis article is licensed under a Creative Commons Attribution 4.0 International License, which permits use, sharing, adaptation, distribution and reproduction in any medium or format, as long as you give appropriate credit to the original author(s) and the source, provide a link to the Creative Commons licence, and indicate if changes were made. The images or other third party material in this article are included in the article's Creative Commons licence, unless indicated otherwise in a credit line to the material. If material is not included in the article's Creative Commons licence and your intended use is not permitted by statutory regulation or exceeds the permitted use, you will need to obtain permission directly from the copyright holder. To view a copy of this licence, visit http://​creativecommons.​org/​licenses/​by/​4.​0/​. 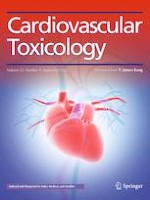