So far STR (Short Tandem Repeat) profiling of single cells has played hardly any role in forensic molecular-biological casework; however, the application of this technique could open up new possibilities for deducing the unambiguous DNA profile of each single contributor involved in a mixture of two or more components.

For this purpose DEPArrayTM technology was used to isolate single white blood cells from mixed stains containing blood from two or three different contributors. The STR profiling was carried out on each single cell.

In order to standardize the interpretation of the findings, which, like all low template (LT) DNA analyses, shows characteristic artifacts, leukocytes from a fresh blood sample were examined in advance and the profiles were evaluated. Based on these findings, the results of the examination of three mixed stains (consisting of blood from two or three persons) were evaluated.

In this way, complete or almost complete DNA profiles could be deduced for all persons involved in the corresponding mixture.

The STR profiling of single cells isolated by DEPArrayTM technology opens up completely new possibilities in the field of mixture deconvolution, especially for mixtures composed of cells of the same cell type. 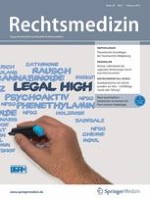