Orthopantomographs taken from 308 Spanish Caucasian and 200 Venezuelan Amerindian children, aged between 2 and 18 years, were analysed following the Demirjian’s method. The aims of this study were to test the applicability of the Demirjian’s method to two different sample populations, and to develop age prediction models for both populations using the original French Canadian scores described by Demirjian (1976) and the new multi-ethnic dental scores proposed by Chaillet et al. (2005) when the ethnic origin is unknown. Results showed that despite the good correlation between dental and chronological age, Demirjian’s method overestimates the age in the Spanish Caucasian sample using both scores, the mean overestimation being higher when the Demirjian’s scores were used than when the Chaillet’s scale was applied. In the Venezuelan Amerindian sample, the opposite was found: Demirjian’s method underestimates the age using both scores, the underestimation being higher when the Chaillet’s scale was applied than when Demirjian’s scale was used. New graphs were produced to convert the maturity scores to dental age for Spanish and Venezuelan children. With these graphs, the Demirjian’s scores showed to be inadequate after the age of 12 in both populations, while Chaillet’s scores offered useful information until 14 years of age. 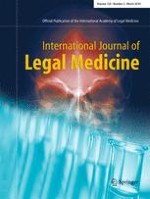