Determinants, Prevalence and Trend of Use of Medicinal Plants Among People Living with HIV: A Cross-Sectional Survey in Dschang, Cameroon | springermedizin.de Skip to main content
TOOLBAR 1 2 3 4
SUCHE MENÜ 1 2 3 4

People living with HIV (PLHIV) in Cameroon often seek care from traditional health practitioners (THPs) and use medicinal plants (MP). Most MP, however, still lacks evidence for their efficacy and safety, and their use, often undisclosed to referring physicians, may interfere with standard therapies. Therefore, we conducted a survey of 247 PLHIV in Dschang to assess the determinants, prevalence and trend of MP use. Besides, we surveyed 16 THPs about the use of MP in PLHIV and HIV-related knowledge. 54.9% PLHIV declared using in total 70 plants, 91.3% users were satisfied with MP, and unwanted effects were reported in 2 cases. MP users were less educated than nonusers, had longer disease duration and were more often unemployed. Only 3 THPs used MP in PLHIV, and most of them had insufficient knowledge of HIV. Results may be useful for education on HIV and integration of traditional medicines with conventional therapeutics. 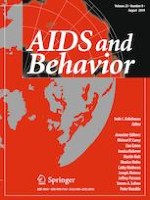 ART Denial: Results of a Home-Based Study to Validate Self-reported Antiretroviral Use in Rural South Africa

Demand and Supply Motivations for Antiretroviral Drugs in Illicit Street Markets: The Case of Atlanta, Georgia