A growing body of research suggests that fine motor abilities are associated with skills in a variety of domains in both typical and atypical development. In this study, we investigated developmental trajectories of fine motor skills between 6 and 24 months in relation to expressive language outcomes at 36 months in infants at high and low familial risk for autism spectrum disorder (ASD).

Participants included 71 high-risk infants without ASD diagnoses, 30 high-risk infants later diagnosed with ASD, and 69 low-risk infants without ASD diagnoses. As part of a prospective, longitudinal study, fine motor skills were assessed at 6, 12, 18, and 24 months of age and expressive language outcomes at 36 months using the Mullen Scales of Early Learning. Diagnosis of ASD was determined at the infant’s last visit to the lab (18, 24, or 36 months) using the Autism Diagnostic Observation Schedule. 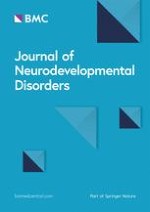 Heart rate-defined sustained attention in infants at risk for autism

Substance use and nicotine dependence in persistent, remittent, and late-onset ADHD: a 10-year longitudinal study from childhood to young adulthood