Close to 19 million US adults have severe mental illnesses (SMI), and they die, on average, 25 years earlier than the general population, most often from cardiovascular disease (CVD). Many of the antipsychotic medications used to treat SMI contribute to CVD risk by increasing risk for obesity, type 2 diabetes, dyslipidemia, and hypertension. Based on compelling evidence, the American Diabetes Association and the American Psychiatric Association developed guidelines for metabolic screening and monitoring during use of these medications.
In this manuscript, we have reviewed the evidence on diabetes and other CVD risk screening, prevalence, and management among populations with SMI. We also review differences in screening among subpopulations with SMI (e.g., racial/ethnic minorities, women, and children). We found that despite national guidelines for screening for diabetes and other cardiovascular risk factors, up to 70 % of people taking antipsychotics remain unscreened and untreated. Based on estimates that 20 % of the 19 million US adults with SMI have diabetes and 70 % of them are not screened; it is likely that over 2 million Americans with SMI have unidentified diabetes. Given that undiagnosed diabetes costs over $4,000 per person, this failure to identify diabetes among people with SMI represents a missed opportunity to prevent morbidity and translates to over $8 billion in annual preventable costs to our healthcare system.
Given the high burden of disease and significant evidence of suboptimal medical care received by people with SMI, we propose several clinical and policy recommendations to improve diabetes and other CVD risk screening and care for this highly vulnerable population. These recommendations include reducing antipsychotic medication dose or switching antipsychotic medications, enhancing smoking cessation efforts, sharing electronic health records between physical and mental health care systems, and promoting integration of care. 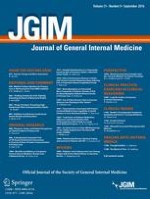 Thinking Outside the Visit: Digitally Extending the Reach of Behavioral Health