None of the authors has any commercial association that might suggest a conflict of interest with the findings or manuscript.

LM, BBD and MIS participated in the conception and design of the study; LM, IVP, BBD and MIS, in data analysis; LM, BBD, FST and MIS, in data interpretation; and all authors in drafting relevant or critical revision of the intellectual content of the manuscript and final approval of the version to be published.

Chronic kidney disease has become a global public health problem. The terminal stage of this condition, end stage renal disease (ESRD), is a serious health outcome which carries high economic and social costs, requiring renal replacement therapy in the form of dialysis or transplantation in order to sustain life. The number of people with end-stage renal disease starting renal replacement therapy has increased worldwide in recent years, with a progressive increase in the proportion being elderly [ 1, 2]. In high-income countries, end-stage renal disease accounts for a substantial share of health care spending and is one of the major contributors to rising health care costs. The annual increase in spending for dialysis programs around the world ranged from 6% to 12% over the last two decades and continues to grow, particularly in low- and middle-income countries [ 3].
The increase in the number of individuals globally with chronic kidney disease has stimulated the implementation of public policies to address this condition. These in turn require surveillance strategies designed to capture information relevant to prevention and treatment. National, local, or regional registries which collect and disseminate information on end-stage renal disease are available in some countries. In Brazil, expenses related to publically-financed renal replacement therapy are reimbursed through the High Complexity Procedure Authorization/Renal Replacement Therapy (Autorização de Procedimentos de Alta Complexidade/Terapia Renal Substitutiva, or APAC/TRS) subsystem of the Outpatient Information System (Sistema de Informação Ambulatorial, or SIA) [ 4]. APAC/TRS receives and records data for the approximately 84.9% of dialysis patients who are receiving treatment financed through Brazil’s national health system (Sistema Único de Saúde, or SUS) [ 5]. However, it has not been possible, to date, to regularly monitor the incidence, prevalence, and mortality of end-stage renal disease. Recently, we have created such a unified database by linking patient records within this APAC subsystem [ 4]. The aim of this study is to describe, using this linked database, trends in incidence and prevalence and the epidemiological profile of patients with end-stage renal disease receiving publically financed dialysis in Brazil between the years 2000 to 2012.
Anzeige

We evaluated all patients with end stage renal disease undergoing dialysis financed through the SUS between January 1, 2000, and December 31, 2012, applying deterministic and probabilistic record linkage techniques to existing data files received from the Ministry of Health, as has been previously described [ 4].
We defined a case of chronic end stage renal disease as an individual for whom reimbursement was solicited via APAC/TRS for a minimum of three months, thus minimizing the possible inclusion of patients with acute renal failure not requiring chronic dialysis [ 6].
We produced descriptive analyses of dialysis patients sex, age, race/color (as ethnicity is officially characterized in Brazil), region of residence, underlying disease, and treatment modality. The race/color “brown”, or “pardo” in Portuguese, permits individuals to self-identify as of a mixed race, “black” referring basically to those who self-identify as being predominantly of African ancestry; “yellow” refers to those of Asian background, these predominantly being of Japanese ancestry [ 7]. To define the underlying disease that led to end stage renal disease we used a classification consisting of six groups based on codes from the International Statistical Classification of Diseases and Related Health Problems - Tenth Revision (ICD-10): diabetes mellitus, hypertension, glomerulonephritis, chronic interstitial nephritis, other diseases, and end-stage renal disease of uncertain cause [ 6]. Those with missing ICD-10 codes were excluded from this specific analysis.
Incidence and prevalence were expressed per 1,000,000 inhabitants/year (patients per million population, or pmp), using population data from the 2000 and 2010 demographic censuses and official interpolations for intercensus years [ 8]. As we could not distinguish new from prevalent cases in 2000, we defined incident cases from 2001 onwards.
Anzeige
We used Joinpoint regression for analysis of trends in the incidence of end-stage renal disease [ 9]. This regression analysis identifies the point at which statistically significant changes in tendencies occur over time, and then expresses the annual percent change (APC) and its 95% confidence interval over each separate temporal segment identified. Changes in trends may be either in magnitude or direction. A negative sign indicates a decline over a temporal segment.
Basic analyses were performed using Statistical Analysis System - SAS. Microsoft Excel was used for the calculation of incidence and prevalence. This study was approved by the Ethics in Research Committee of the Hospital de Clínicas de Porto Alegre on 10/03/2010 (No. 100056). As analyses are based on surveillance databases from the Ministry of Health, no patient consent was necessary. All those with access to data signed agreements to maintain the confidentiality of the information.

In conclusion, the epidemiologic profile for ESRD receiving dialysis in the SUS between 2000 and 2012 demonstrates a discrete yet constant increase in incidence and a larger increase in prevalence, especially in older individuals. Over this period, the number of individuals receiving renal dialysis almost doubled. These figures parallel global trends, suggesting that health care expenditures in dialysis will continue to increase in the foreseeable future, and highlight the importance of preventive measures, especially those related to the prevention and control of the main underlying causes of ESRD – hypertension and diabetes.

This work was supported by Ministry of Health of Brazil.
This article is published under license to BioMed Central Ltd. This is an Open Access article distributed under the terms of the Creative Commons Attribution License ( http://​creativecommons.​org/​licenses/​by/​4.​0), which permits unrestricted use, distribution, and reproduction in any medium, provided the original work is properly credited. The Creative Commons Public Domain Dedication waiver ( http://​creativecommons.​org/​publicdomain/​zero/​1.​0/​) applies to the data made available in this article, unless otherwise stated.

None of the authors has any commercial association that might suggest a conflict of interest with the findings or manuscript. 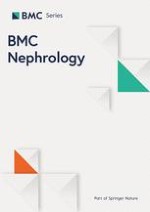 Can only histological evaluation determine the allocation of ECD kidneys?