Diets high in fat or carbohydrates can lead to obesity and diabetes, two interrelated conditions that have been associated with osteoporosis. Here, we contrasted the effects of a high fat (HF) versus fructose-enriched carbohydrate (CH) versus regular chow (SC) diet on bone morphology, fat content and metabolic balance in BALB/cByJ mice over a 15-week period. For 13 weeks, there were no differences in body mass between groups with small differences in the last 2 weeks. Even without the potentially confounding factor of altered body mass and levels of load bearing, HF consumption was detrimental to bone in the distal femur with lower trabecular bone volume fraction and thinner cortices than controls. These differences in bone were accompanied by twofold greater abdominal fat content and fourfold greater plasma leptin concentrations. High-fat feeding caused a decrease in de-novo lipid synthesis in the liver, kidney, white adipose and brown adipose tissue. In contrast to HF, the fructose diet did not significantly impact bone quantity or architecture. Fructose consumption also did not significantly alter leptin levels or de-novo lipid synthesis but reduced epididymal adipose tissue and increased brown adipose tissue. Cortical stiffness was lower in the CH than in HF mice. There were no differences in glucose or insulin levels between groups. Together, a diet high in fat had a negative influence on bone structure, adipose tissue deposition and lipid synthesis, changes that were largely avoided with a fructose-enriched diet. 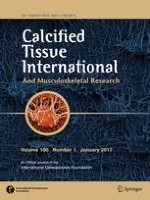 The Impact of Disease and Drugs on Hip Fracture Risk