Of 84 prospectively enrolled patients, 41 underwent robotic thyroidectomy (the robot group), and 43 received conventional open thyroidectomy (the open group). All the patients were followed up for at least 3 months after surgery. Videolaryngostroboscopic examinations were performed preoperatively and after 1 week and after 3 months postoperatively. Postoperative pain and discomfort were evaluated using a symptom scale. Subjective voice and swallowing changes were assessed by questionnaires; and satisfaction with cosmetic outcome was measured by verbal response at 3 months.

The two groups were similar in age, gender, type of operation, and final pathologic diagnosis. Although the mean operating time was significantly longer with the robotic technique than with open surgery, there were no between-group differences in postoperative pain or duration of hospital stay. No patient in either group experienced any major postoperative complication. Postoperative discomfort in the neck and swallowing disturbances were significantly more frequent in the open group than in the robot group, both at 1 week and at 3 months after surgery. However, there was no significant between-group difference in subjective voice parameters. At 3 months, the mean cosmetic satisfaction score was significantly higher in the robotic than in the open group. 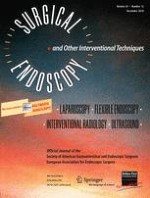 Patient preferences for surgical techniques: should we invest in new approaches?