Even after performing curative surgical resection, death from recurrence is frequent among patients with advanced gastric carcinoma. However, early detection of recurrence sites is sometimes difficult. One reason for this is that recurrence can show various patterns. Recurrence patterns in patients who have undergone curative surgical resection for advanced gastric carcinoma can be classified as peritoneal, hematogenous, or lymphatic metastases. Clarification of the differences in risk factors between these patterns of recurrence may be helpful in postoperative follow-up to ensure that recurrences are not missed and to allow additional therapy, including chemo- or radiotherapy, to be initiated early in the recurrence phase.
The aim of this study, therefore, was to clarify differences in risk factors between these three recurrence patterns among patients who had undergone curative resection for advanced gastric carcinoma.
Anzeige

Patients with synchronous primary neoplasms of other organs or who had undergone neoadjuvant chemotherapy were excluded from the study. A total of 132 patients (87 men, 45 women) who had undergone surgical curative resection and had been pathologically diagnosed with advanced gastric carcinoma (defined as carcinoma extending more deeply than the muscularis propria) between April 1999 and December 2011 at the National Hospital Organization at Hakodate Hospital, Hakodate, Japan, were registered in the study. All these patients showed negative results on intra-operative peritoneal cytology. The median age at the time of surgery was 69 years (range, 30 to 92 years). Surgical procedures for these patients involved total gastrectomy for 53 patients, distal gastrectomy for 70, proximal gastrectomy for 6, and pancreaticoduodenectomy for 3. The extent of lymph node dissection was D2 level in 71 patients and below D2 in 61, according to the 2010 Japanese gastric cancer treatment guidelines [ 1]. Adjuvant treatment after surgical resection was administered at the discretion of the individual surgeon. A total of 61 patients (including 3 of 19 patients in stage 1, 15 of 51 in stage 2, and 43 of 61 in stage 3 according to the TNM Classification of Malignant Tumors[ 2]) received oral administration of S-1 or UFT for approximately 1 year, or until side effects became too strong to tolerate.

Most patients received regular follow-up sessions every 3 months. At each visit, a clinical examination, hematological analysis (including tumor marker assays for carcinoembryonic antigen and carbohydrate antigen 19-9), and chest and abdominal radiography were performed. Digestive endoscopy was performed annually. Follow-up ended in March 2012. The median survival period for all patients was 32 months (range, 1 to 157 months).
Computed tomography of the abdomen was performed every 6 months or on suspicion of clinical recurrence, including when an increase in tumor markers above pathological levels was seen. Bone scintigraphy was used for suspected bone metastasis. If an intestinal obstruction was not improved by long tube insertion, the patient was examined for peritoneal dissemination and underwent surgery if necessary.

This study examined eight clinicopathological factors as candidate risk factors for recurrence after curative resection of advanced gastric carcinoma: extent of the primary tumor (pT2/3 vs. pT4); number of metastatic lymph nodes (pN0/1 vs. pN2/3); histopathological grading (G1/2, including papillary carcinoma, vs. G3/4, including signet ring cell carcinoma, mucinous adenocarcinoma, in accordance with the TNM Classification of Malignant Tumors[ 2]); venous invasion; lymphatic vessel invasion; sex; age (<70 years vs. ≥70 years); and extent of systematic lymphadenectomy (D2 or less than D2, according to Japanese gastric cancer treatment guidelines 2010 [ 1]). In this study, performance of adjuvant chemotherapy was not examined as a candidate risk factor of recurrence, because this factor correlated with other factors (pT4 and pN2/3).
Anzeige

Risk factors for overall survival were examined using univariate and multivariate analysis to compare them for each pattern of recurrence.

Examinations of risk factors according to patterns of recurrence

Survival curves were constructed using the Kaplan-Meier method and differences in overall survival and RFS on univariate analysis were evaluated using the log-rank test. The Cox proportional hazards model was used to perform multivariate analysis. All tests were two-sided; values of P < 0.05 were considered statistically significant.

Risk factors for recurrence after curative gastrectomy for advanced gastric carcinoma differ between patterns of recurrence. By paying more attention to the specific risk factors of recurrence present in patients, the likelihood of missing sites of recurrence could be decreased and recurrences identified earlier. This would allow appropriate treatment to be initiated more quickly for patients with recurrence. In addition, the status of lymph node metastasis contributed to all patterns of recurrence, even peritoneal metastasis. For patients in whom lymph node metastasis is suspected preoperatively, neoadjuvant therapy might be utilized to achieve better treatment outcomes.
This article is published under license to BioMed Central Ltd. This is an Open Access article distributed under the terms of the Creative Commons Attribution License ( http://​creativecommons.​org/​licenses/​by/​2.​0), which permits unrestricted use, distribution, and reproduction in any medium, provided the original work is properly cited. 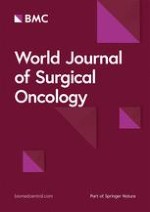 Obesity, diabetes mellitus, and the risk of female breast cancer in Eastern China