As proven fast and reproducible, cellular diagnostics based on machine learning has gained importance lately by its capability to predict different classes of cells based on cell and nuclear morphology, replacing specific markers. The present study aimed to verify if it is possible to differentiate objects with different fluorescence intensities using a machine learning based classifier. Samples were prepared with one drop of fluorescent mounting medium and bead solution (cytocal). Images were generated in .tif format using iCys image cytometer and saved for all relevant channels of fluorescence. Two softwares were used to analyze the samples, CellProfiler (CP) and CellProfiler Analyst (CPA). CP was used for segmentation of the samples and exported to a sQ-lite format database to run on CPA. CPA was used to classify the machine learning of six different peak classes of intensity and one class of artifacts. Also, using CPA, sensibility was calculated and a histogram of the intensity peaks was generated. CPA identified correctly nearly 100 out of 100 beads in each population, resulting in a total sensibility of 0.98. Artifacts resulted in a sensibility slightly lower than 1. It can be concluded that the database exportation between the two softwares does not lose fluorescent intensity quality. In addition, CPA is a useful instrument to verify morphologically quantitative data from CP. At last, CPA is completely able to identify correctly up to seven different intensity populations. 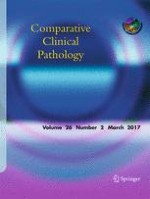 Prevalence and economic importance of Coenurus Cerebralis in sheep and goats in and around “Legahida” district of bale zone, south eastern Ethiopia