The purpose of this study was to assess whether digital photon counting technology in digital PET/CT influences the quantification of SUVmax in target lesions and regions of reference compared to analog PET/CT before an interchangeable use of either system in follow up studies.

From January to June of 2018, 100 oncological patients underwent successive PET/CT imaging with digital and analog systems in the same day. Fifty-eight patients underwent analog imaging first and digital imaging thereafter, and 42 patients the other way round. SUVmax was measured in reference regions (liver and mediastinal blood pool) and in the most metabolically active target lesion in each patient. According to the sequence order of PET/CT acquisition, two groups of SUVmax values were obtained, i.e. group 1: analog PET/CT performed first; group 2: digital PET/CT performed first.

Improved photon counting technology in the digital PET/CT, and the effect of delayed increased uptake and retention significantly increases SUVmax values. This has to be taken into account before interchangeable use of either system in follow up studies.
Hinweise
The original version of this article was revised due to cancellation of open access order
A correction to this article is available online at https://​doi.​org/​10.​1007/​s00259-019-04280-0.

The use of digital PET/CT is expected to increase in the following years due to improved image quality, volumetric resolution and sensitivity gains, as well as faster timing resolution compared to analog PET/CT. Such improvements are based on the development of digital photon counting technology, with a 1:1 coupling between scintillation crystal and detector, and a faster time of flight technology [1‐7].
Progressive introduction of digital PET/CT will raise the question of whether follow up PET/CT studies can be interchangeable between digital and analog systems, especially in oncological patients in whom SUVmax values are often used to evaluate treatment response.
Anzeige
The aim of our study was to assess whether digital photon counting technology in digital PET/CT influences the quantification of SUVmax in target lesions and regions of reference in comparison to analog PET/CT in the same patient. Such comparison is necessary before an interchangeable use of either system in follow-up studies.

One hundred oncological patients were prospectively studied between January and June of 2018. The group consisted of 59 men and 41 women with a mean age of 67 ± 12 years.
All patients underwent successive PET/CT imaging with digital and analog systems in the same day. The analog system was a Philips Gemini TF 64 and the digital a Philips Vereos. In 58 patients the analog study was done first and the digital study thereafter, and in 42 patients the other way round. When the patients came for an initial study, the digital PET/CT was done first. When the patients came for a follow up study, the analog PET/CT was done first as their previous studies had been done with the analog system.
All patients signed an informed consent and the study was approved by the institutional ethical board.
Anzeige

The imaging protocol consisted of a single radiotracer injection, calculated to each patient total body weight (0.1 mCi*Kg), after a minimum of 6 h of fasting. In 90 patients the radiotracer used was 18F-FDG (FDG) and in ten patients 18F-Choline. The first PET/CT was performed 60 min after the injection of the radiotracer. The second PET/CT was performed as soon as it was available (depending on laboratory logistics). Mean time delay between both studies was 50 ± 14 min.
The CT component of both scanners is a 64-slice helical multidetector. The CT acquisition parameters for both systems were: 120kVp, tube current modulation, pitch of 0.828, and 3 mm slice thickness (with slice increment of 1.5 mm). No intravenous or oral contrast was used. CT reconstruction was done according to recommended clinical settings for each device: filtered back projection in the analog system and iDose iterative reconstruction in the digital system.
The active field of view (FOV) for the PET was 57.6 cm in both systems. The matrix size for the digital system was 288 × 288 with a 2 mm voxel and for the analog system a 144 × 144 matrix with 4 mm voxel. Axial FOV for the analog system was 18 and 16.4 cm in the digital system. Both studies were acquired with list-mode time of flight (TOF) for 2 min/bed position.
Analog PET image reconstruction was performed using 3 iterations and 33 subsets, 3D ordered subset expectation maximization (3D-OSEM). The reconstruction for the digital PET was decided as the one which produced the best image quality for clinical conditions in the laboratory: two iterations, ten subsets, 3D-OSEM with point spread function (PSF) resolution recovery.

The image analysis was performed using the Philips IntelliSpace Portal 8.0. SUVmax was measured in the standard reference regions (liver and mediastinal blood pool) and in the most metabolically active target lesion in each patient, drawing regions of interest (ROI) of the same size in both studies.
The ROI for the SUVmax in the liver was drawn without including hypermetabolic or hypometabolic lesions. The ROI for the SUVmax in the mediastinal blood pool was drawn on the descending thoracic aorta including the vessel wall. In the studies with more than one possible target lesion, only the one with the highest SUVmax was included. A total of 13 patients did not have any target lesion: eight patients underwent the analog PET/CT first and five patients the digital PET/CT first.

Improved photon counting technology in the digital PET/CT, and the effect of delayed increased uptake and retention significantly increases SUVmax values. This has to be taken into account before interchangeable use of either system in follow up studies.

Supported in part by an unrestricted Philips Healthcare grant.

All authors declare no conflicts of interest.

Informed consent was obtained from all individual participants included in the study. 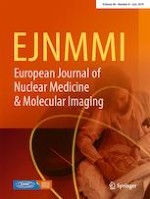 Extrastriatal dopaminergic and serotonergic pathways in Parkinson’s disease and in dementia with Lewy bodies: a 123I-FP-CIT SPECT study