In 1993, my laboratory published an article in Digestive Diseases and Sciences that clearly demonstrated the pronounced effects of the newly discovered intestinal hormone, glucagon-like peptide-1 (GLP-1), on a number of gastrointestinal functions, including gastric emptying rate, gastric acid secretion, and pancreatic enzyme secretion. The gut hormone is released in response to nutrient intake, and in further experiments, its release from the ileum paralleled inhibition of both gastric and pancreatic secretions. Based on these studies, it was concluded that GLP-1 is an important regulator of the so-called ileal brake, a term given for the observation that ileal perfusion of lipids delayed gastric emptying, reduced food intake, and induced satiety Welch et al. (1985), in addition to its functions as an incretin hormone. GLP-1 was subsequently identified as a physiological inhibitor of appetite and food intake, and based on these actions, the GLP-1 receptor agonists are today considered among the most powerful and effective antiobesity and antidiabetic agents available, with the added benefits of reducing the risk of the cardiovascular and renal complications associated with these conditions.
Anzeige 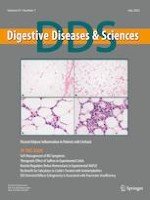