In a previous study of smoking cessation in veterans with lung cancer, we noted as an incidental finding that current smokers were much younger than former smokers at diagnosis. To confirm and extend this observation, we analyzed the association of smoking status with age at diagnosis and survival of lung cancer patients.

The Jefferson Cancer Registry collects information on all cancer patients registered at this hospital. Information on smoking status has been recorded since 1995. We determined age at diagnosis and survival of current and former smokers with lung cancer.

These results confirm and extend our observation that among patients diagnosed with lung cancer, current smokers are younger than former smokers. The possible explanations include higher competing causes of death and increased risk of lung cancer among current smokers as well as increasing proportions of former smokers in older populations. Ongoing exposure to tobacco carcinogens may accelerate the development of lung cancer in continuing smokers. This provides more incentive for smokers to quit at the earliest age possible. 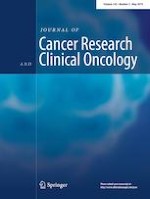