Current research focuses on delineating the neurobiological boundaries between familial risk for schizophrenia (SZ) and bipolar disorder (BD). Available evidence suggests that inhibitory control may be affected in both disorders. Inhibitory control relies on the dual processes of contextual information maintenance and response inhibition. This study investigated the effect of familial risk of SZ or BD on these two aspects of inhibitory control. Seventeen healthy first-degree relatives of patients with BD (BD-R), 15 healthy relatives of patients with SZ (SZ-R) and 23 demographically matched controls were compared in terms of their performance during Controlled Oral Word Association (COWA), which measures contextually driven response selection, and during the Hayling Sentence Completion Test (HSCT), which assesses contextual response selection and inhibition. Compared to controls and BD-R, SZ-R showed deficits in contextual information processing that resulted in spontaneous errors in the COWA as well as deficits in response inhibition during the HSCT that resulted in higher error rates. BD-R also showed deficits in response inhibition during the HSCT relative to controls, which were, however, less pronounced than for SZ-R. Both relatives groups had longer response times. Our results suggest that failure in contextual maintenance is primarily associated with familial risk for SZ, while response inhibition may be a shared marker of familial risk for both disorders. 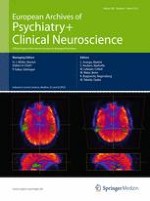 Neurobiology of schizophrenia: from outcome to pathophysiological insights

Investigation of schizophrenic patients from Istanbul, Turkey for the presence of West Nile virus