The auditory mismatch negativity (MMN) component of event-related potentials (ERPs) has served as a neural index of auditory change detection. MMN is elicited by presentation of infrequent (deviant) sounds randomly interspersed among frequent (standard) sounds. Deviants elicit a larger negative deflection in the ERP waveform compared to the standard. There is considerable debate as to whether the neural mechanism of this change detection response is due to release from neural adaptation (neural adaptation hypothesis) or from a prediction error signal (predictive coding hypothesis). Previous studies have not been able to distinguish between these explanations because paradigms typically confound the two. The current study disambiguated effects of stimulus-specific adaptation from expectation violation using a unique stimulus design that compared expectation violation responses that did and did not involve stimulus change. The expectation violation response without the stimulus change differed in timing, scalp distribution, and attentional modulation from the more typical MMN response. There is insufficient evidence from the current study to suggest that the negative deflection elicited by the expectation violation alone includes the MMN. Thus, we offer a novel hypothesis that the expectation violation response reflects a fundamentally different neural substrate than that attributed to the canonical MMN. 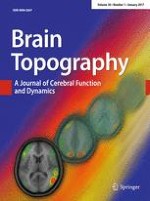