Stroke accounts for the largest proportion of disability-adjusted life year loss and two-thirds of deaths among all neurological disorders in the Global Burden of Disease Study 2015 [ 1]. In 2015, five randomized trials showed that mechanical thrombectomy (MT) with stent retrievers is effective and safe in patients with large vessel occlusion (LVO) of the anterior brain circulation if performed within 6 h after stroke onset on top of intravenous thrombolysis (IVT) alone [ 5– 9]. MT has become the third evidence-based column of acute stroke therapy besides stroke unit treatment and IVT with recombinant tissue plasminogen activator (rt-PA) [ 10– 13]. It is estimated that between 7 and 15% of all stroke patients could be candidates for MT [ 14– 16].
Whilst most stroke patients in high income countries have access to stroke unit care, the uptake of IVT was relatively slow. Given these limitations of care, the implementation and access to MT may be even more difficult to achieve. Based on administrative data from all acute care hospitals in all 413 cities/regions of Germany, we analysed the nationwide evolution of IVT and MT in hospitalized acute stroke patients from 2010 to 2016 with a special focus on places of residence and places of treatment of these patients. Furthermore, we assessed differences of MT use dependent on regional population density and frequency of treatment in all German treatment sites. Our findings may help to improve nation-wide acute stroke care including MT.
Anzeige

Analyses were based upon the statistical evaluation of the German Diagnosis-Related Groups (G-DRG) data from 2010 to 2016 (DRG-statistic, Federal Statistical Office, www.​destatis.​de) as well as the mandatory structured quality reports of hospitals (according to §137, 3; Social Code Book V of Germany) from the year 2016, enabling the calculation of IVT and MT rates in each hospital and the number of ischemic stroke patients treated in each hospital 1. We extracted all cases with the main ICD-10 code I63 (ischemic stroke) and calculated population based incidence, mean age and gender. Cases being transferred once or multiple times from one hospital to another either for acute stroke therapy and/or early rehabilitation were censored appropriately to avoid double and multiple coding (exclusion of “discharge key 06”). Therefore, first ever as well as recurrent strokes were included with the exception of early recurrences that occurred during the ongoing hospital treatment phase for the first incidence. In a cross over analysis, the associated stroke recanalization therapy was categorized by using the corresponding Operating and Procedure Key for systemic thrombolysis (OPS code 8–020.8) and mechanical thrombectomy (OPS 8–836.80). Estimation of bridging-IVT rate was done by cross over analysis of lead-DRGs coding for MT-procedures.
In a first step, data were analyzed based upon the patients’ place of residence. Regional analyses were done by data aggregation considering the 413 German administrative districts and cities. To avoid bias, we excluded all cases of foreign or unknown place of residence from regional statistics.
In a second step, analysing the data from the structured quality reports of the hospitals 2, we calculated the number of IVT and MT cases in each hospital and the number of acute ischemic stroke patients treated in each hospital. Hospitals without neurological departments coding MT procedures were excluded. This was done due to the assumption that these patients were either treated by interventionalists other than (neuro-) radiologists in cooperation with neurologists, or were most probably coded twice, i.e. in a neurointerventional center and afterwards in a geriatric (or neurological) early rehabilitation clinic. In such a scenario, case assignment would be allocated to the hospital with the geriatric/rehabilitation department.
We stratified hospitals by number of MTs performed per year into the following categories: 1–9, 10–34, 35–49, 50–99, 100–199, > 200. These categories were chosen for the following reasons:
Anzeige
• Seldom MT treatments and possible false entries (1–9): with less than one treatment per month no regular experience can be presumed.
• Occasional MT treatments (10–34 and 35–49): with less than one treatment per week / every two weeks only occasional experience can be presumed according to undergoing discussions on different minimal requirements for procedures per year.
• Regular MT treatments (50–99): with more than 1 treatment per week, a regular experience in interventional stroke treatment can be presumed.
• Frequent MT treatments (100–199): with 2 to 4 treatments per week, a good experience of several neurointerventionalists can be presumed and the center can be regarded as a training center.
• High volume MT treatments (> 200): with more than 4 treatments per week, a very good experience can be presumed and the neuro-interventionalists can be regarded as experts.
We used the Eurostat definition to stratify the 413 German administrative districts and cities into densely populated areas (cities) with a population density over 500 inhabitants per km 2 and a minimum population of 50.000 inhabitants, intermediate density areas with a population density between 500 and 100 inhabitants per km 2, and thinly populated (rural) areas with a population density below 100 inhabitants per km 2.
We searched PubMed for studies in English language up to September 30, 2018 using the terms “ischemic stroke” AND “mechanical thrombectomy” OR “mechanical recanalization” OR “intraarterial recanalization” OR “thromboaspiration” to identify studies investigating nationwide coverage, regional differences and temporal development of mechanical thrombectomy (MT) in acute ischemic stroke patients after the introduction of modern MT systems (stent retrievers and thromboaspiration systems).
For descriptive analyses, results are reported as absolute numbers and mean. Statistical comparison of groups was performed with the Mann-Whitney-U-test. A p value of < 0·05 was considered significant. All analyses were performed with Microsoft Excel and IBM SPSS version 21.
Anzeige

The nation-wide rate of IVT in acute ischemic stroke in Germany has increased over the past years and an exponential increase of MT procedures was detected after publication of the positive study results. Mean age of patients undergoing MT has continuously increased and has recently almost reached the mean age of patients undergoing IVT. Therefore, MT can be regarded as an established standard therapy in some (mostly urban) regions of Germany. However, the wide range of both the IVT and MT rates in German ischemic stroke patients indicates the need for further improvement of access to acute recanalization therapies in many, mainly rural regions. Infrastructural improvement should focus both on access to neuro-interventional centers with adequate expertise, establishment of reliable standard operating procedures for transfer for MT, as well as strengthening the competence of local stroke units for standard care including IVT and rapid and reliable recognition of MT candidates with standardized brain and vessel imaging.
There is a trend towards medium and high volume treatment centers in Germany in 2016 with most MT procedures (80%) performed in centers with ≥50 MT procedures per year in 2016. It is expected in the near future that stroke societies will recommend that at least 35 to 50 MT procedures should be performed in a neuro-interventional center per year for quality reasons.

We thank the Federal Statistical Office, department H1, for support in data collection.

There was no funding for this study. 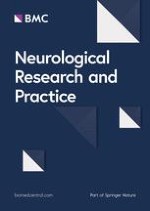 Genotypes and phenotypes of patients with Lafora disease living in Germany