The proximal femoral fracture is a typical injury to the elderly [ 1]. A fracture can be demonstrated with increasing age, especially following minor trauma [ 2, 3]. Due to the demographic change, an increasing incidence of these fractures may be expected in the future. Basically, trochanteric fractures include two-fragment Arbeitsgemeinschaft für Osteosynthesefragen (AO)/Orthopaedic Trauma Association (OTA) type 31 A1 fractures, most frequently multi-fragmentary trochanteric AO/OTA type A2 fractures, and rarely reversed AO/OTA type A3 fractures and can be distinguished from highly unstable subtrochanteric fractures [ 4, 5]. A general consensus on the surgical management of these unstable fractures remains controversial. Cephalomedullary nailing currently is the gold standard for internal stabilization [ 6]. The extent contributes to the therapy decision as well as to the direction of instability, which increases from proximal to distal. A distinction can be made between the mediolateral, the rotatory, and the craniocaudal instability. The aim of internal fixation is to neutralize this instability biomechanically through the inserted implant in such a way that the anatomical fracture reduction and retention is feasible. While extramedullary implants are recommended for stable fractures, intramedullary force carriers will be favoured with increasing rotational instability or mediolateral component (AO/OTA type A2 fractures) [ 7]. With additional craniocaudal instability and shaft extensions, extended cephalomedullary nails are used as standard implants [ 7]. For fracture healing, anatomical reduction, correct choice of implant, and exact positioning of the lag screw are essential preconditions for primary stability [ 8, 9]. Furthermore, the primary stability of an implant is given when bending forces arising from normal loads and the resulting displacements during implant insertion do not weaken, damage, or inhibit the mechanical osseous integration and do not have any negative effects on the biological osseous integration [ 7, 10]. Due to the fracture configuration, there is often an indication for the use of one or more supplemental cable cerclages aiming for safe fracture reduction as well as increased intrinsic primary stability as a prerequisite for complication-free osseous healing. Basically, adequate primary stability is always a precondition for timely secondary stability and osseous integration [ 11]. However, there is still disagreement whether auxiliary cerclages may only be used temporarily as a reduction aid or whether they can be left in situ [ 12– 14]. The use of cerclages is also suspected of disrupting the blood flow to the periosteum depending on the position and thus endangering fracture healing [ 15– 18]. Cerclages also may harbor the risk of vascular and nervous complications in terms of the nature of the system [ 19– 21].
Data on clinical and radiological long-term course in a large number of patients has been scarce so far in the literature. Therefore, the aim of this study was to evaluate long-term functional and radiological results following cephalomedullary nailing with and without the use of auxiliary cable cerclages in a large series of trochanteric and subtrochanteric femoral fractures.
Anzeige

A retrospective analysis of prospectively collected data from the in-house database in a level I trauma centre was carried out for consecutive patients from January 2014 to March 2019 with AO/OTA 31 A1 to A3 fractures which were stabilized using cephalomedullary nailing with or without the use of additional cable cerclage wiring (Fig.  1). Pre-operative, intra-operative, and post-operative anterior-posterior (AP) and lateral radiographs as well as the entire medical case documentation were examined. In reasoned cases, pre-operatively additional computed-tomography (CT) scans were performed for better visualization of the fracture configuration. Fracture coding according to the AO/OTA classification was performed by two independent observers, both of them senior orthopaedic surgeons.
×

The surgical procedure was carried out in a standardized manner in all cases. Image-controlled storage and reduction was carried out in supine position on the traction table in AO/OTA 31 A1 and A2 fractures (Fig.  2a–e). Fractures were addressed through a standard lateral access and initially reduced in closed technique using the traction table. In AO/OTA 31 A3 fractures, the surgical procedure was performed using the lateral decubitus position without any traction device and free draping of the injured leg [ 22]. In the group with auxiliary cerclages, open anatomical fracture reduction was performed including the subsequent insertion of one to three 2-mm cerclages (Dall-Miles™ Cable System, Stryker Corp., Kalamazoo, MI, USA: Fig.  3a–c). In both groups, the cephalomedullary nail was implanted according to the manufacturer’s specifications (Gamma3®, Stryker Corp., Kalamazoo, MI, USA; INTERTAN, Smith & Nephew Inc., Memphis, TN, USA). Pathological fractures, periprosthetic fractures, and fractures treated by fracture total hip arthroplasty or by extramedullary fixation devices were excluded from the study, as were patients younger than 18 years and patients who could not give their informed consent.
×
×

Sequential clinical and radiological follow-up examination AP and lateral radiographs were carried out at regular office visits, six weeks, 12 weeks, and at the most recent visit in our outpatient department. The main outcome parameters of the surgical intervention were defined as follows: Patient satisfaction was evaluated using the Lower Extremity Functional Scale (LEFS) [ 23]. The LEFS consists 20 items, each with a maximum score of 4 points. The total possible score of 80 points indicates a high functional level of the lower extremity. Osseous consolidation rates including stability at the fracture site and radiological elimination of fracture lines in two planes of X-rays were evaluated using the radiographic union score for hip (RUSH) [ 24]. Besides, complication rates were rated.

The data collected was managed with Excel® for Windows® (Microsoft Corp., Redmond, WA, USA). IBM SPSS® Statistics for Windows 19.0 (IBM Corp., Armonk, NY, USA) was used for statistical evaluation of the results. Results of this study are presented as mean ± standard deviation (SD). The Kolmogorov-Smirnov test was used to check the normal distribution. Significance was statistically calculated based on the t test. A result was considered to be statistically significant with p value < 0.05.
Anzeige

The following intra-operative and post-operative complications with and without use of auxiliary cerclages were determined on the basis of the pre-operative and post-operative radiographs and patients’ data: The complications in the patient group with auxiliary cerclages did not result in any vascular injury, but in three surgical revisions (1 torsional deviation, 1 seroma, and 1 hematoma). Nonunion rate in this treatment group was 6% (4 out of 72 patients). In the patient group without auxiliary cerclages, wound secretion without the need for surgical revision was assessed. Nonunion rate in this group was 4% (8 out of 188 patients).

On the one hand, strengths of this study can be seen in the fact that all patients were managed in the same hospital by the same team of surgeons using a standard treatment protocol provided by Codesido et al. [ 14]. On the other hand, the retrospective character of the study might be seen as a limitation. It was also not possible to randomize age, gender, and indication for the additional use of cable cerclages, as these were determined by the fracture pattern and by the resulting decision of the treating surgeon and were not subject to a randomized protocol.

The additional use of cerclages provides intrinsic stability and enables axial alignment and medial cortical support during anatomical fracture reduction and cephalomedullary nail insertion. This contributes to the stability of the entire fixation construct and can maximize the load sharing properties of cephalomedullary nailing resulting in optimal healing rates and minimal complication rates. In the current study, this technique resulted in significantly better functional long-term outcomes than without cerclages. Therefore, it can be recommended as a useful supportive tool especially in comminuted trochanteric and subtrochanteric femoral fractures.

All human examinations described in this study were carried out with the approval of the responsible institutional and national ethics committee of the Bavarian State Chamber of Physicians (BLÄK, ID: 2019-170), in accordance with national law and with the Helsinki Declaration in its current version.
This clinical trial was conducted according to the requirements of the International Committee of Medical Journal Editors (ICMJE) and has been retrospectively registered with the German Clinical Trials Register (DRKS, trial registration number: DRKS00020550), an approved Primary Register in the World Health Organization network.

Written informed consent to participate was obtained from the patients.

There is an informed consent from all the patients involved. All patients who may be identified by means of images or by other information within the manuscript have given their written consent for publication.
Open Access This article is licensed under a Creative Commons Attribution 4.0 International License, which permits use, sharing, adaptation, distribution and reproduction in any medium or format, as long as you give appropriate credit to the original author(s) and the source, provide a link to the Creative Commons licence, and indicate if changes were made. The images or other third party material in this article are included in the article's Creative Commons licence, unless indicated otherwise in a credit line to the material. If material is not included in the article's Creative Commons licence and your intended use is not permitted by statutory regulation or exceeds the permitted use, you will need to obtain permission directly from the copyright holder. To view a copy of this licence, visit http://​creativecommons.​org/​licenses/​by/​4.​0/​. 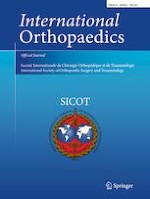