Muscle biopsy should be considered to diagnose patients with symptoms consistent with inflammatory or dystrophic muscular disease. The likelihood of this altering the patient’s treatment course is around 40%. 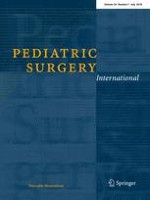 Response to pulmonary vasodilators in infants with congenital diaphragmatic hernia

Outcomes of circumcision in children with single ventricle physiology