Postoperative follow-up data were obtained for all the patients. The mean follow-up time was 36 months (24–48 months) in the OR group and 32.5 months (20–44 months) in the LPEC group. Significant differences in recurrence were not observed between the groups (five in the OR and 10 in the LPEC; P = 0.69). However, the operation time, postoperative hospital stay, incidence of scrotal oedema, incision infection and contralateral metachronous hernia or hydrocele were significantly higher in the OR group than those in the LPEC group (P < 0.01). Eighteen children (4.71%) had a negative exploration of the patent processus vaginalis (PPV) in the OR group. Fourteen children (1.47%) in the LPEC group had a closed internal ring and were converted to a scrotal procedure. Significant differences in the clinical data or complications were not observed between the two centres for the laparoscopic procedure (P > 0.05). Contralateral PPV (cPPV) was found in 18 patients in the single-port group (18.9%). Of the patients affected with cPPV, significant differences were observed between the single-port group and the two-port LPEC group (122 patients, 31.5%, P = 0.016) and the single-site two-port group (the 148 patients, 31.6%, P = 0.013). A contralateral metachronous hernia or hydrocele was found in zero, zero and two cases in these groups, respectively, and significant differences were observed (P < 0.01) between the single-site surgery and the other two laparoscopic approaches.

LPEC is safe, feasible and effective for treating hydroceles in children and has the same recurrence rate as OR. However, LPEC is superior in operation time, hospital stay, occurrence of scrotal oedema, incision infection and occurrence of metachronous hernia or hydrocele. The transumbilical single-site two-port procedure has the same cosmetic effect as the single-port LPEC. According to our experience, the two-port LPEC approach is better for diagnosing cPPV and reducing metachronous hernia or hydrocele than the single-port LPEC procedure. 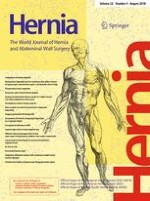