We investigated the short-term effects on bone turnover markers of high doses of vitamin D3 in order to identify what initial therapeutic dose can be safely administered in vitamin D-deficient subjects. Thirty-seven elderly subjects [mean age 75 ± 3 (SD) years] were consecutively randomized to the administration of a single oral bolus of 600000, 300000, or 100000 IU vitamin D3. Blood samples were taken at baseline and 1, 3, 7, 14, 30, 60, and 90 days after vitamin D3 administration. Twenty-four subjects served as controls. No relevant changes in bone turnover markers [C-terminal telopeptides of type I collagen (sCTX) and bone-specific alkaline phosphatase (BAP)] were observed in the controls. In treated patients a dose-dependent effect on sCTX was observed. With the administration of 600,000 IU vitamin D3 a significant increase of sCTX was observed already at day 1, and it was sustained for 2 months. The changes in sCTX with smaller doses were considerably lower and reached statistical significance only within the first 3 days with the 300,000 IU dose. BAP remained unchanged in patients given 300,000 and 600,000 IU vitamin D3, while it significantly rose by 15–23 % throughout the observation period in patients given 100,000 IU. Our results indicate that the use of a vitamin D bolus exceeding 100,000 IU may be associated with acute increases of sCTX.
Anzeige 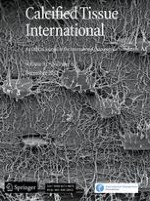 Weight in Infancy and Adult Calcium Absorption as Determinants of Bone Mineral Density in Adult Men: The Hertfordshire Cohort Study