Spinal dural arteriovenous fistula (SDAVF) is the most common spinal vascular malformation. It mainly affects men after the fifth decade and is usually an acquired lesion with an unknown etiology. We report on a patient with the unusual finding of two separate SDAVFs at the level of L1 on the right and L2 on the left side. Initial selective spinal digital subtraction angiography (DSA) was terminated with demonstration of a SDAVF at the level of L1 but incomplete demonstration of all segmental arteries. Due to a recurrent deterioration of the patient’s neurological status, and persistent pathological vessels seen on MRI, a second spinal DSA was performed 6 years later, demonstrating the second fistula at the level of L2 on the left side with a separate venous drainage pattern. A retrospective analysis of the angiographic films suggested that both fistulas had already been present 6 years previously. This conclusion is justified because of a transient and faint opacification of the left L2 fistula demonstrated on the films after injection of the right L2 segmental artery. We conclude that in the case of incomplete angiography and persistent clinical and MR findings not only reopening of the treated SDAVF has to be taken into account but also the existence of a second fistula. Since this is the first case of a double fistula in our series of 129 SDAVFs, and given the few reported cases of double SDAVFs, we do not think that completion of selective spinal DSA has to be postulated routinely after a fistula has been found. However, repeat angiography should be performed in patients who continue to deteriorate, fail to improve with persisting MRI pathologies, or demonstrate delayed deterioration after a period of improvement. 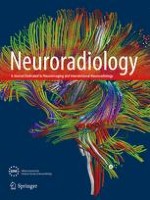