The down-regulation of CXCL12 was observed in gastric cancer cell lines and primary gastric carcinomas, while decreased expression of CXCL12 protein was significantly associated with lymph node metastasis and histological grade. And this down-regulation was found to be in accordance with aberrant methylation of the gene. Hypermethylation of the gene was observed in 65.7% (23 of 35) of the primary gastric carcinomas, while it was found in only 11.4% (4/35) of the corresponding nonmalignant tissues. Furthermore, CXCL12 expression was restored in gastric cancer cell lines after treatment with the demethylating agent, 5-aza-2′-deoxycytidine (5-Aza-dC), and demethylation of the highly metastatic cells SGC-7901 induced invasion suppression of the cells. For two CXCL12 receptors, CXCR4 and CXCR7, the mRNA levels remained almost unchanged with the 5-Aza-dC treatment. 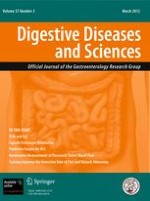 Intrahepatic Knotting of a Guide Wire During Endoscopic Retrograde Cholangiopancreatography