Many researchers have suggested that the glutamatergic system may be involved in the effects of antidepressant therapies. We investigated the effects of doxepin, imipramine, and fluoxetine on the excitatory amino acid transporter type 3 (EAAT3).

EAAT3 was expressed in Xenopus oocytes by injection of EAAT3 mRNA. Membrane currents were recorded after application of L-glutamate (30 μM) in the presence or absence of various concentrations of doxepin, imipramine, and fluoxetine. To study the effects of protein kinase C (PKC) activation on EAAT3 activity, oocytes were pre-incubated with phorbol 12-myristate-13-acetate (PMA) before application of imipramine and doxepin. 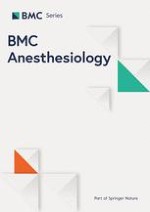 Profile of patients and physiotherapy patterns in intensive care units in public hospitals in Zimbabwe: a descriptive cross-sectional study