Drug-resistant epilepsy (DRE), a condition in which seizures persist and seizure freedom is unlikely to be attained with further manipulation of anti-epileptic drugs, occurs in around 20% of children with epilepsy. This study was conducted with the aim to study the profile of Indian children with resistant epilepsy, using the new consensus definition of DRE.

All children who had been attending the Pediatric Neurology Clinic regularly for at least 6 months were reviewed between April and September 2015. Children fulfilling the ILAE Commission on Therapeutic Strategies Consensus Proposal definition of DRE were enrolled for the study. After informed consent, the records were reviewed and disease-related data was entered in the study form. The data were analyzed to determine etiological factors and treatment gaps in children with DRE.

Fifty children (12 females) with median (range) age of 90 (11–159) months and follow-up of 17.9 (8.5–20) months were enrolled. The mean (standard deviation) age at seizure onset and start of anti-epileptic drugs (AED) were 1.8 (2.11) and 2.1 (2.09) years, respectively. The median (range) number of anti-epileptic drugs that had been tried in these children was 5 (2–9), with drug side effects leading to discontinuation in 8 (16%) patients. Only two patients had tried ketogenic diet; vagal nerve stimulation and epilepsy surgery had not been tried by any family, despite recommendation by the physicians in 7 children.

Majority of Indian children with DRE have onset of epilepsy in early infancy, and are infrequently provided access to newer non-pharmacological measures. 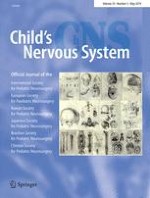