How human erythroblasts enucleate remains obscure, and some investigators suspect the effect of mechanical forces on enucleation in vitro. We determined the dynamics of the enucleation process of highly purified human erythroblasts and whether enucleation can occur without external mechanical forces. Highly purified human CD34+ cells were cultured in liquid phase with interleukin-3, stem cell factor and erythropoietin (EPO) for 7 days and the generated erythroblasts were replaced in the same medium with EPO alone. In some experiments, the enucleating cells were processed without centrifugation and pipette aspiration to avoid physical stress and were directly observed by differential interference contrast (DIC) microscopy. Enucleation initiated at day 12 and the enucleation ratio (percent of enucleated reticulocytes in total cells) reached a maximum at day 14 with a value of 63 ± 7%. The direct observation by DIC microscopy showed 61 ± 9% of enucleation ratio at day 14. The human erythroblasts enucleated without contact with macrophage. The time required for enucleation was 8.4 ± 3.4 min. The enucleation rate was 1.16 ± 0.42%/h at day 12 and then decreased with a time dependent manner. The expelled nucleus was connected to the reticulocyte through plasma membrane and associated cytoskeletal elements, and spontaneous separation of the extruded nucleus from reticulocyte was extremely rare. In conclusion, human erythroblasts enucleate in a relatively short period without contact with macrophages, but nascent reticulocytes fail to completely separate from nuclei in the absence of macrophages, unless some physical force is applied to them. 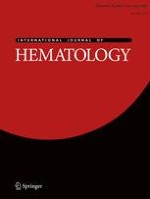