Human parathyroid hormone PTH(1-34) (TPTD; Asahi Kasei Pharma Corporation, Shizuoka, Japan) was dispensed into vials, lyophilized, and dissolved in specific amounts of vehicle (saline) to create solutions with the target concentrations. The TPTD concentrations in the vials were analyzed by HPLC to confirm that the errors between before and after the study were within 10 %.
Anzeige

Eleven-week-old female Sprague–Dawley rats (Charles River, Kanagawa, Japan) were maintained under a 12-h/12-h light/dark cycle with unrestricted access to tap water and a standard diet containing 1.2 % Ca, 0.9 % P, 22 % protein, and 6.2 IU vitamin D3 per gram (CRF-1; Oriental Yeast, Tokyo, Japan). Sham surgery or ovariectomy was performed at 13 weeks of age. All animal studies were reviewed before implementation by an internal animal welfare committee to ensure compliance with the NIH guidelines.

Thirty-two OVX rats were divided into four groups ( n = 8) based on their body weights. A single subcutaneous administration of vehicle or TPTD (56.5 μg/kg) was performed at 14 days after surgery. Necropsies were carried out at 8 and 48 h after administration, and the right tibiae were collected. Histomorphometric analyses were performed for the secondary spongiosa of the tibial proximal metaphysis.
In this examination, we did not perform bone labeling, as the bones were isolated at very early times after drug administration. Therefore, we only measured static parameters.

Thirty-two OVX rats were divided into four groups ( n = 8) based on their body weights. Low-frequency (three times weekly) subcutaneous administration of vehicle or TPTD (1.1, 5.6, or 28.2 µg/kg) was started at 2 weeks after surgery. The doses and regimen of TPTD were set as described previously [ 11, 12]. Blood samples were collected from the cervical vein under diethyl ether anesthesia before administration (0 days), and at 2, 5, 9, 14, 21, and 28 days after administration.

Sixteen OVX rats were divided into two groups ( n = 8) based on their body weights and serum OC levels. Three times weekly subcutaneous administration of vehicle or TPTD (5.6 µg/kg) was started at 2 weeks after surgery, and 10 mg/mL/kg calcein (Dojindo Laboratories, Kumamoto, Japan) was administered for bone labeling at 11 and 3 days before necropsy (labeling schedule: 1–7–1–2). Necropsies were carried out at 4 weeks and 2 days after the last administration and the right tibiae were isolated. Histomorphometric analyses were performed at the secondary spongiosa of the tibial proximal metaphysis.

Fifteen sham rats and forty-five OVX rats were divided into four groups ( n = 15) based on their body weights. Three times weekly subcutaneous administration of vehicle or TPTD (5.6 or 28.2 μg/kg) was started at 2 weeks after surgery, and 20 mg/mL/kg tetracycline (Sigma-Aldrich, St. Louis, MO) and 10 mg/mL/kg calcein were administered for bone labeling at 8 and 3 days before necropsy (labeling schedule: 1–4–1–2). Blood samples were collected from the cervical vein under diethyl ether anesthesia before administration (0 days) and at 4 weeks after administration. Animals were euthanized at 4 weeks and 2 days after the last administration by exsanguination under anesthesia, and the fifth lumbar vertebrae were obtained.

All results are expressed as mean ± SD. Statistical analyses of differences among data were performed by a t test for two groups and by Dunnett’s test for multiple groups. The time-course studies were analyzed by analysis of variance (ANOVA). Significance was defined as values of P < 0.05.

At 8 h after administration, the histomorphometric parameters did not differ between the vehicle-treated and TPTD-treated groups (Table  1). E.De increased slightly, but not significantly, in the TPTD-treated group. At 48 h after administration, Ob.S/BS had increased by 56 %, OS/BS had increased by 46 %, and ES/BS had decreased by 14 % in the TPTD-treated group.
Table 1
Early effects of single administration of teriparatide on bone histomorphometric parameters in ovariectomized rats
Tibiae were isolated at 8 and 48 h after single subcutaneous administration of vehicle or 56.5 μg/kg teriparatide. Histomorphometric analyses were performed at the secondary spongiosa of the tibial proximal metaphysis. Data are shown as mean ± SD ( n = 8)
ND not determined, BV/TV trabecular bone volume, Tb.Th trabecular thickness, Tb.N trabecular number, Tb.Sp trabecular separation, OS/BS osteoid surface, Ob.S/BS osteoblast surface, ES/BS eroded surface, Oc.S/BS osteoclast surface, E.De erosion depth
P values are shown for comparisons between the vehicle-treated group and the teriparatide-treated group at the same time points ( t test)

TPTD increased serum OC by intermittent repeated administration (three times weekly) in OVX rats (Fig.  3). Serum OC peaked at day 2 and showed sustained dose-dependent increases compared with the levels in the vehicle-treated group of about 10 % for 5.6 μg/kg TPTD and 30 % for 28.2 μg/kg TPTD.
×

All experiments were approved by the experimental animal ethics committee at Asahi Kasei Pharma Corporation and Ina Research Incorporation, and were conducted in accordance with the guidelines for the management and handling of experimental animals.
Open AccessThis article is distributed under the terms of the Creative Commons Attribution 4.0 International License (http://creativecommons.org/licenses/by/4.0/), which permits unrestricted use, distribution, and reproduction in any medium, provided you give appropriate credit to the original author(s) and the source, provide a link to the Creative Commons license, and indicate if changes were made. 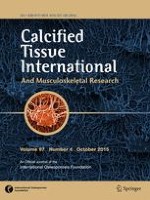