Both psoriasis (Ps) and psoriasis arthritis (PsA) have been associated with increased cardiovascular risk. Also, both are characterized by increased neovascularization. Endothelial progenitor cells (EPCs) have been implicated in promoting vascular repair in ischemic diseases. The aim of the study was to correlate the EPC system with CV risk factors and with parameters of vascular stiffness in Ps and PsA.

Twenty-six healthy subjects, 30 patients with Ps, and 31 patients PsA were included in the study. eEPC regeneration was evaluated by a colony-forming assay, circulating eEPCs were measured by cytometric analysis. For vascular analysis, all subjects underwent quantification of pulse wave velocity (PWV) and augmentation index (AIX).

Patients were categorized upon the duration of disease, severity of skin involvement (PASI-Ps), individual pain as reflected by the VAS (PsA), CRP values, and history of treatment with one or more biologicals. Regarding the eEPC system, no significant differences were observed between the respective categories. Correlation analyses between parameters of vascular stiffness (PWV and AIX) and patterns of colony formation/circulating eEPCs did not show any correlation at all. 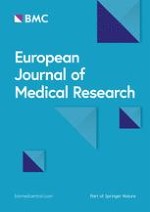 A comparative study on the validity and reliability of anterior, medial, and posterior approaches for internal fixation in the repair of fractures of the coronoid process of the ulna