FDG-PET/CT was performed prior to treatment (PET1), at 2 (PET2) weeks, and at 6 (PET3) weeks after 90Y-ibritumomab radioimmunotherapy in 55 patients. Response was evaluated based on the Deauville 5-point scale and Lugano criteria as well as semiquantitative analysis and compared with progression-free survival (PFS).

Use of FDG-PET/CT findings with Lugano criteria for assessing early response to radioimmunotherapy after 6 weeks allowed for accurate evaluation and prognostic stratification, though scanning after 2 weeks was too soon to precisely evaluate response.

• The optimal timing of FDG-PET/CT to obtain a suitable tool for assessment of response after 90 Y-ibritumomab radioimmunotherapy of lymphoma has not yet been defined.
• Assessment after 6 weeks by FDG-PET/CT using the Lugano criteria accurately evaluates treatment response and prognosis.
• FDG-PET/CT performed 2 weeks after radioimmunotherapy is too early as it significantly misses objective responses. 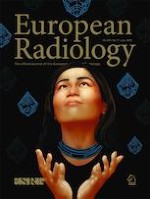 Diagnostic performance of [18F]FDG-PET/MRI for liver metastasis in patients with primary malignancy: a systematic review and meta-analysis