Lateral hinge fracture (LHF) during a medial opening-wedge high tibial osteotomy (MOWHTO) is considered to be the main cause of instability, further displacement, loss of correction, malunion, and nonunion. The purposes of this study were to evaluate whether the incidence of LHFs during MOWHTOs has decreased as the number of cases performed over time has increased, and whether the radiographic and clinical outcomes of patients with LHFs were worse than those of patients without LHFs.

During the period of July 2013 to January 2017, 132 MOWHTOs were performed by a single surgeon using a locking plate (TomoFix®, DePuySynthes, Solothurn, Switzerland) for the treatment of medial compartment osteoarthritis, with LHFs postoperatively detected in 32 knees (24.2%). To evaluate trends in the incidence of LHFs occurring during MOWHTOs over time, all 132 cases were divided chronologically into four groups of 33 cases and compared. The time for bony union and loss of correction were compared between the LHF group and the non-LHF group using an osteotomy filling index, hip–knee–ankle (HKA) angles, medial proximal tibial angles (MPTA), weight-bearing line (WBL) ratios, and posterior tibial slope (PTS) angles on radiographs. Clinical outcomes were also compared using the Knee Society Scores (KSS) and the Western Ontario and McMaster Universities Osteoarthritis Index (WOMAC) scores 1 year post-surgery.

LHFs during MOWHTO procedures occurred consistently, with a similar incidence over time. Although patients with LHFs required more time to bony union, they showed similarly favorable radiographic and clinical results as the patients without LHFs 1 year after surgery. 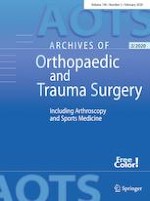