Our previous research showed that 4 h of maternal anesthesia with isoflurane during early gestation in pregnant rats leads to a deficit in spatial memory of adult male offspring. Because spatial memory is predominantly a hippocampally-mediated task, we asked the question if early gestational exposure to isoflurane affects development of the hippocampus in the offspring.

Previously behaviorally characterized adult male rats that were exposed to isoflurane during second trimester were sacrificed at 4 months of age (N = 10 and 13, control and isoflurane groups, respectively) for quantitative histology of hippocampal subregions. Sections were stained with cresyl violet and the total number of cells in the granular layer of the dentate gyrus and the pyramidal cell layer in the CA1 region were determined by a blinded observer using unbiased stereological principles and the optical fractionator method. Data were analyzed using Student’s t test; P < 0.05 was accorded statistical significance. Stereological examination revealed 9% fewer cells in the granular layer of the dentate gyrus of isoflurane-exposed adult rats compared to controls (1,002,122 ± 84,870 vs. 1,091,829 ± 65,791, respectively; Mean ± S.D, *P = 0.01). In contrast, there were no changes in the cell number in the CA1 region, nor were there changes in the volumes of both regions. 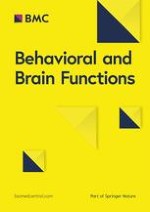 Behavioral sensitivity of Japanese children with and without ADHD to changing reinforcer availability: an experimental study using signal detection methodology