Hereditary spastic paraplegia (HSP) is a group of neurodegenerative disorders mainly characterized by progressive spasticity of the lower limbs. The major features of HSP are a marked phenotypic variability both among and within families and an extended genetic heterogeneity. More than 20 HSP loci and 10 spastic paraplegia genes ( SPG) have been identified to date, including the genes responsible for the two most frequent forms of autosomal dominant spastic paraplegia (AD-HSP), encoding spastin ( SPG4) and atlastin ( SPG3A), respectively. To date, only eight mutations have been described in the atlastin gene, which was reported to account for about 10% of all AD-HSP families. We investigated 15 German and French AD-HSP families, including the 3 large pedigrees that allowed the mapping and subsequent refinement of the SPG3A locus. Three novel mutations were found in exons 4, 9, and 12 of the atlastin gene and the common R239C mutation located in exon 7 was confirmed in a 7th family of European origin. Overall, the comparison of the clinical data for all SPG3A-HSP families reported to date failed to reveal any genotype/phenotype correlation as demonstrated for other forms of AD-HSP. However, it confirmed the early onset of this form of HSP, which was observed in almost all affected individuals with a mutation in the atlastin gene. 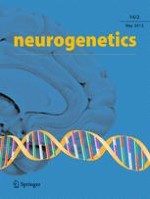