Early-onset, multigenerational diabetes is a heterogeneous disease, which is often simplistically classified as type 1 diabetes (T1D) or type 2 diabetes(T2D). However, its clinical and genetic characteristics have not been clearly elucidated. The aim of our study is to investigate the clinical features of early-onset diabetes involving three consecutive generations (eDia3) in a Chinese diabetes cohort.

Of 6470 type 2 diabetic patients, 105 were identified as eDia3 (1.6%). After a case–control match on age, we compared the clinical characteristics of 89 eDia3 patients with 89 early-onset T2D patients without a family history of diabetes (eDia0). WES was carried out in 89 patients with eDia3. We primarily focused on 14 known maturity-onset diabetes of the young (MODY) genes. Variants were predicted by ten tools (SIFT, PolyPhen2_HDIV, PolyPhen2_HVAR, LRT, Mutation Assessor, Mutation Taster, FATHMM, GERP++, PhyloP, and PhastCons). All suspected variants were then validated by Sanger sequencing and further investigated in the proband families.

A remarkable increase in the prevalence of early-onset diabetes has become a new global trend [1], especially in Asia [2]. According to a national cross-sectional study, the prevalence of diabetes among adults younger than 40 years old was 5.7% in China [2]. Early-onset diabetes is a complicated, heterogeneous disease that is not simply divided into type 1 diabetes (T1D) or type 2 diabetes (T2D). Actually, the range of diabetes subgroups is becoming even more diverse, especially for early-onset, multigenerational diabetes, which has a considerable genetic predisposition. In order to obtain a precise diagnosis and better treatment strategy, deeper investigation of the clinical features and genetic backgrounds for early-onset diabetes involving three consecutive generations (eDia3) is critical for clinic practice.
As the most common type of monogenic diabetes in early-onset, multigenerational diabetes patients, maturity-onset diabetes of the young (MODY) was first reported in 1974 by Tattersall as mild familial diabetes with dominant inheritance [3]. Molecular genetic diagnosis of MODY has been recognized since the 1990s, and the mutations of the disease were identified after that. Previous studies suggested that MODY probably accounts for 1–5% of overall diagnosed diabetes [4, 5], with the most commonly reported subtypes as GCK-MODY (MODY2), HNF1A-MODY (MODY3), and HNF4A-MODY (MODY1).
Anzeige
There were clinical criteria to screen diabetic patients for genetic diagnosis of MODY. Previous classic guidelines identify candidates for performing MODY genetic testing including age at diagnosis typically before 25 years, non-insulin-dependent, and family history of diabetes of at least two generations [6]. The latest American Diabetes Association (ADA) guideline recommended MODY should be screened and further confirmed in diabetic patients with the following conditions: 1) diabetes without typical features of T1D or T2D; 2) stable, mild fasting hyperglycemia of 5.5–8.5 mmol/L) or stable glycated hemoglobin A1c (HbA1c) of 5.6–7.6% [7]. However, not all patients with MODY fulfill these criteria. To date, there are no worldwide sufficient and accepted criteria for selecting patients to undergo genetic testing. Although clinicians and researchers have recognized the significance of MODY, only a small number of studies have been conducted in China to select MODY through a large diabetes cohort based on a strict screening flowchart, and the prevalence and the genetic spectrum of MODY were still not fully elucidated.
To our knowledge, there has been no study comparing the clinical features of eDia3 with age-matched early-onset T2D patients without a family history of diabetes (eDia0), which may be due to different pathogenic backgrounds. Therefore, in a large hospital-based diabetes cohort from China, we aimed to investigate the clinical characteristics of eDia3, and in addition, to evaluate the genetic spectrum by whole exome sequencing.

This study was performed in Han Nationality of Chinese Population. Among a hospital-based cohort of 6470 patients with T2D (according to ADA 2003 criteria) from January 2013 to December 2018 in Beijing Tongren Hospital, Capital Medical University (Beijing, China), 884 young early-onset patients with age at first hospitalization ≤40 years were enrolled in the study. Patients with secondary diabetes mellitus, gestational diabetes mellitus, type 1 diabetes or type 1 diabetes antibody positive, or other severe systemic diseases were excluded. Of the 884 young patients, 137 patients without a family history of diabetes and 105 probands with diabetes in three consecutive generations from unrelated families were further selected. Finally, with a case–control approach matching age at first hospitalization, 89 patients with eDia3 (Case) and 89 patients with eDia0 (Control) were included and compared. The flowchart of the study was shown in Fig. 1.
×
Clinical information was obtained for these young diabetes patients, including demographic information, diabetes history, and physical examinations (measurements of height, weight, systolic blood pressure (SBP), diastolic blood pressure (DBP), and waist and hip circumference) at the time of first hospitalization. Body mass index (BMI) and waist–hip ratio (WHR) were calculated. Laboratory tests included fasting plasma glucose, blood urea nitrogen, creatinine, uric acid, total bilirubin, direct bilirubin (DBIL), total cholesterol, low-density lipoprotein cholesterol, high-density lipoprotein cholesterol (HDL-C), triglycerides (TG), and high-sensitivity C-reactive protein for all participants, were measured by an automated biochemical analyzer (Beckman Coulter, Carlsbad, CA, USA). HbA1c was measured by high-performance liquid chromatography (VARIANT, Bio-Rad Lab. Hercules, CA, USA). C-peptide was measured by the method of electrochemiluminescence (Cobas e601; Roche Diagnostics, Tokyo, Japan). Homeostatic model assessment indices for beta-cell function or for insulin resistance were computed with fasting glucose and C-peptide levels using the HOMA2 calculator [8].
Anzeige
This study was approved by the Ethics Committee of Beijing Tongren Hospital, Capital Medical University (approval # TRECKY2009-36.), and was performed according to the principles of the Declaration of Helsinki II. Informed consent was obtained from each participant or the next of kin.

WES was carried out in patients with eDia3. Genomic DNA was extracted from peripheral blood using the TIANamp Blood DNA Maxi Kit for Mammalian Blood (Tiangen Biotech Co., Beijing, China). The DNA concentration was detected by Qubit Fluorometer. The optical density value ranged from 1.8 to 2.0, the DNA concentration was more than 12.5 ng/μl, and the DNA samples with a content of more than 1 μg could be used to build a library. The qualified genomic DNA sample was randomly fragmented by Covaris technology and the size of the library fragments was mainly distributed between 150 bp and 250 bp. Agilent V6 was used to hybridize and capture the DNA fragments of exon region, and the library was established. The library was sequenced using BGISEQ-500 sequencing platforms. The clean data were produced by data filtering on raw data. All clean data of each sample were mapped to the human reference genome GRGh37 (hg19). Burrows-Wheeler Aligner [9, 10] software was used to do the alignment. To ensure accurate variant calling, we followed recommended Best Practices for variant analysis with the Genome Analysis Toolkit (GATK, https://​gatk.​broadinstitute.​org/​hc/​en-us). Local realignment around InDels and base quality score recalibration were performed using GATK (v3.7) [11, 12], with duplicate reads removed by Picard tools (http://​broadinstitute.​github.​io/​picard/​). The depth and coverage for each individual were calculated based on the alignments. The effective sequencing depth of WES was ≥100 × depth.

Among the genes covered by WES, we primarily focused on 14 known MODY genes, including HNF4A, GCK, HNF1A, PDX1, HNF1B, NEUROD1, KLF11, CEL, PAX4, INS, BLK, ABCC8, KCNJ11, and APPL1 [13‐21]. All genomic variations, including SNPs and InDels were detected by Haplotype Caller of GATK (v3.7) [11, 12]. Subsequently, the hard-filtering method was applied to get high-confident variant calls. The SnpEff tool (http://​snpeff.​sourcet/​SnpEff_​manual.​html) and VEP tool (https://​asia.​ensembl.​org/​Tools/​VEP) were applied to perform a series of annotations for variants. (1) Gene-based annotation: identify whether SNPs or InDels cause protein-coding changes and the amino acids that are affected. (2) Filter-based annotation: identify variants that are reported in dbSNP v151 (http://​www.​ncbi.​nlm.​nih.​gov/​snp/​), and identify the subset of variants with minor allele frequency (MAF) < 1% in the 1000 Genome Project (http://​www.​1000genomes.​org/​) or gnomAD (http://​gnomad.​broadinstitute.​org). These variants were further filtered to include those predicted to be damaging by ten prediction tools, including seven functional prediction tools (SIFT, PolyPhen2_HDIV, PolyPhen2_HVAR, LRT, Mutation Assessor, Mutation Taster, and FATHMM) and three conservation tools (GERP++, PhyloP, and PhastCons). The positive results of these prediction tools are defined as follows: SIFT < 0.05 (http://​sift.​bii.​atar.​edu.​sg/​) [22], PolyPhen2_HDIV > 0.453, PolyPhen2_HVAR > 0.447 [23] (http://​genetics.​bwh.​harvard.​edu/​pph2), LRT = D (deleterious) [24], Mutation Assessor >1.938 [25], Mutation Taster = A (disease-causing automatic) or D (disease causing) [26], FATHMM < −1.5 [27], GERP++ > 3 [28], PhyloP > 2.5 [29], PhastCons > 0.6 [30]. Ten tools were used to ensure the comprehensiveness of the results. At least one of the seven functional prediction tools and one of the three conservation tools were positive, we reserved this variant. However, the results were just as a reference, not a judgment. All remaining variants were then validated by Sanger sequencing and further investigated in the proband families.

The remaining variants identified from the WES analysis were further validated using Sanger sequencing. Genomic DNA was extracted from probands with suspected variants and their family members using a TIANamp Blood DNA Midi Kit (Tiangen Biotech Co., Beijing, China) according to the manufacturer’s instructions. The variants were amplified from genomic DNA by polymerase chain reaction (PCR) using gene-specific primers. The PCR amplification was performed using a TechNet Genius Thermo Cycler (TechNet Inc., Princeton, NJ, USA) and the following cycling program: initial denaturation at 95 °C for 10 min; 35 cycles of denaturation at 95 °C for 30 s, annealing for 30 s (annealing temperatures are listed in File S1), and extension at 72 °C for 30 s; and a final extension at 72 °C for 5 min. The resulting PCR products were sequenced using an ABI3730XL instrument (Applied Biosystems) and the DNA sequences were compared using the Sequencer software (Gene Codes Corp., Ann Arbor, MI, USA).

Characteristics of the diabetic participants

Clinical features of patients with eDia3

A total of 21 rare , nonsilent variants (at least two of ten prediction tools were positive , MAF < 1%) were identified in 8 MODY‑related genes (from 34 probands) (Supplementary Table 1). After assessing the likelihood of causality by using the ACMG/AMP guidelines and investigated in the proband families, of the 21 rare, nonsilent variants, 6 variants were identified as likely benign, 5 variants were classified as having uncertain significance, and 10 variants remained as likely pathogenic with MAF < 0.0001. Of the ten variants classified as pathogenic/likely pathogenic, eight were novel, and two have been previously reported to cause MODY (Table 2).
Table 2
List of variants identified pathogenic/likely pathogenic
SIFT: D, Deleterious (< .05); T, Tolerated (>=0.05)
PolyPhen2: D, Damaging (>=0.957); PD, Possibly Damaging (0.453 < =pp2 < =0.956); B, Benign (<=0.452)
Anzeige
Overall, likely pathogenic MODY‑related genetic variants were identified in 11.2% (10/89) of eDia3 patients and in 1.13% (10/884) of all early-onset diabetes patients. The Sanger sequencing results for the ten probands with suspected variants and their family members are shown in Fig. 2. In these families, suspected variants were confirmed in probands and cosegregation with disease in multiple affected family members. Out of ten likely pathogenic MODY‑related genetic variants, three novel KLF11 mutations were found in three probands. Variants of the KLF11 gene (3 cases) were the most common subtype of MODY in this study, followed by variants of GCK (2 cases), ABCC8 (2 cases), PAX4 (1 case), BLK (1 case), and HNF1A (1 case)
×

The authors declare no competing interests.
Open Access This article is licensed under a Creative Commons Attribution 4.0 International License, which permits use, sharing, adaptation, distribution and reproduction in any medium or format, as long as you give appropriate credit to the original author(s) and the source, provide a link to the Creative Commons license, and indicate if changes were made. The images or other third party material in this article are included in the article’s Creative Commons license, unless indicated otherwise in a credit line to the material. If material is not included in the article’s Creative Commons license and your intended use is not permitted by statutory regulation or exceeds the permitted use, you will need to obtain permission directly from the copyright holder. To view a copy of this license, visit http://​creativecommons.​org/​licenses/​by/​4.​0/​.
Publisher’s note Springer Nature remains neutral with regard to jurisdictional claims in published maps and institutional affiliations.
insite
INHALT
download
DOWNLOAD
print
DRUCKEN
Anhänge 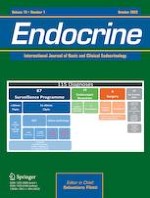