Effect of Caffeine on the Bioavailability and Pharmacokinetics of an Acetylsalicylic Acid-Paracetamol Combination: Results of a Phase I Study | springermedizin.de Skip to main content
TOOLBAR 1 2 3 4
SUCHE MENÜ 1 2 3 4

Caffeine is used as an adjuvant in analgesic combinations to enhance their efficacy. The present study aimed to determine the effect of caffeine on the pharmacokinetics of acetylsalicylic acid (ASA) and paracetamol when used as a fixed-dose ASA/paracetamol/caffeine combination.

In this single-centre, two-way, cross-over phase I study, volunteers fasted overnight (≥ 12 h) and randomly received single oral doses of 250 mg ASA/200 mg paracetamol (reference) or 250 mg ASA/200 mg paracetamol/50 mg caffeine (test). Blood samples were collected before and up to 24 h after dosing. The primary end points were the area under the concentration-time curve from zero to infinity (AUC0–∞) and maximum plasma concentration (Cmax) for ASA, salicylic acid (SA) and paracetamol from the two combinations. The main secondary end points were AUC0–∞ and Cmax of caffeine and time to reach Cmax (tmax) of all drugs.

Caffeine did not affect the pharmacokinetics of ASA and paracetamol when used as an adjuvant in ASA/paracetamol fixed-dose combination under fasting conditions, suggesting that caffeine enhances the analgesic efficacy of these drugs by pharmacodynamic rather than pharmacokinetic interactions.

Titel
Effect of Caffeine on the Bioavailability and Pharmacokinetics of an Acetylsalicylic Acid-Paracetamol Combination: Results of a Phase I Study
Autoren:
Thomas Weiser
Harald Weigmann 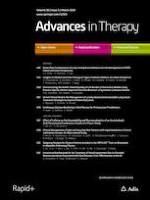 Clinical Management of High and Very High Risk Patients with Hyperlipidaemia in Central and Eastern Europe: An Observational Study