Effect of Intravitreal Bevacizumab with or without Macular Photocoagulation for Diabetic Macular Edema: A Meta-Analysis | springermedizin.de Skip to main content
TOOLBAR 1 2 3 4
SUCHE MENÜ 1 2 3 4

In this meta-analysis, we aimed to assess the possible benefits of macular photocoagulation (MPC) as an additional treatment with intravitreal bevacizumab (IVB) in patients with diabetic macular edema.

The studies were identified from three databases: PubMed, Web of Science, and the Cochrane Library. The main outcome measures included change in best-corrected visual acuity (BCVA), differences in central macular thickness (CMT), and adverse events within the follow-up period. The results were pooled using weight mean difference with their corresponding 95% confidence intervals. A fixed or random effects model was employed, depending on the heterogeneity of the inclusion trials.

Finally, three randomized controlled trial and two high-quality retrospective studies were identified and included. Changes in CMT at 1, 3, and 6 months did not vary significantly between the IVB-alone group and the IVB with MPC group (P = 0.26, 0.06, and 0.65, respectively). Similarly, changes in BCVA at 1, 3, and 6 months also did not vary significantly between the two groups (P = 0.20, 0.91, and 0.70, respectively). Whereas substantial heterogeneity was detected in the CMT results among these studies, the sensitivity analyses showed Solaiman’s study was probably the source of the heterogeneity. No publication bias was detected by funnel plots in this study. 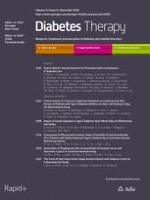