Recent studies have shown that sodium glucose cotransporter 2 (SGLT2) inhibitors have a favorable effect on cardiovascular events in diabetic patients. However, the underlying mechanism associated with a favorable outcome has not been clearly identified. The purpose of this study was to investigate the effect of tofogliflozin, SGLT2 inhibitor, on systolic and diastolic cardiac function in patients with type 2 diabetes mellitus (T2DM).

In addition to conventional oral glucose-lowering drugs, additional tofogliflozin administration had a favorable effect on left ventricular systolic and diastolic function in patients with T2DM. 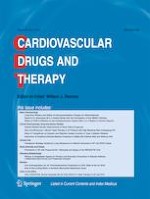 After the AUGUSTUS Trial, Should Apixaban Be the Only Direct Oral Anticoagulant to Be Used in Triple Therapy in Atrial Fibrillation Patients Undergoing Percutaneous Coronary Intervention?