Defects in DNA repair pathways have been linked with colorectal cancer (CRC). Adjuvant radiotherapy has become commonplace in the treatment of rectal cancer however it is associated with a higher rate of second cancer formation. It is known that radiation results in DNA damage directly or indirectly by radiation-induced bystander effect (RIBE) by causing double-strand breaks (DSBs). The majority of work in RIBE has been performed in cell lines and limited studies have been in or ex vivo.

There was a highly significant increase in MRE 11 expression in group 1 versus groups 2 and 3 (p < 0.001). There was no association between MRE11 levels and survival or radio-sensitivity. 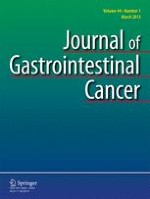