The purpose of this study was to investigate the effect of different storage media on viability and proliferation capacity of periodontal ligament cells.

Plates with periodontal ligament fibroblasts (PDLF) cells were incubated in skimmed and whole milk, recently prepared Hank’s balanced salt solution (HBSS), Save-A-Tooth system’s, coconut water, propylene glycol with 20% propolis, egg white, tap water (negative control) at 5 °C and 20 °C, for 24 h. In one of the plates of each temperature, cell viability was determined by MTT assay. In the remaining plates, the wells were filled and incubated with Minimum Essential Medium (MEM) at 37 °C for 24, 48, 72, 96, and 120 h. The proliferation capacity of PDFL cells was also evaluated by MTT assay. Data were statistically analyzed by Kruskal–Wallis, Scheffé and Mann–Whitney tests (α = 5%).

At 5 °C, milk maintained more viable cells than other storage media immediately after exposure (0 h) and allowed greater proliferation capacity. At 20 °C, milk and HBSS had similar and allowed similar proliferation ability at 24 and 48 h. From 72 h onwards, capacity to maintain cell viability the proliferation rate of cells incubated in HBSS was superior than milk. At both temperature and experiments, Save-A-Tooth system was similar to tap water.

Milk and HBSS were more effective in maintaining cellular viability and proliferation capacity than any other storage media. At 5 °C, the most viable alternative was milk. At 20 °C, HBSS had better results. 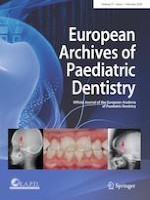