Efficacy of cinnamon bark oil and cinnamaldehyde on anti-multidrug resistant Pseudomonas aeruginosa and the synergistic effects in combination with other antimicrobial agents | springermedizin.de Skip to main content
TOOLBAR 1 2 3 4
SUCHE MENÜ 1 2 3 4

The emergence of drug resistant pathogens becomes a crucial problem for infectious diseases worldwide. Among these bacteria, Pseudomonas aeruginosa is one of which highly resists to many currently used drugs and becomes a major concern in public health. Up till now, the search for potential antimicrobial agents has been still a challenge for researchers.

Broth microdilution assay was used to determine minimum inhibitory concentrations (MICs) and minimum bactericidal concentrations (MBCs) of the essential oils and antibiotics against P. aeruginosa. Inhibition activity of the essential oils under vapor condition was examined to obtain the minimum inhibitory dose (MID). Time-kill assay included in this study was performed according to CLSI guideline. Bioautographic assay was used to detect active components of the essential oil. Synergistic effect with currently used antibiotics was further examined by checkerboard assay. 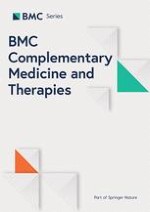 The effects of the court-type Thai traditional massage on anatomical relations, blood flow, and skin temperature of the neck, shoulder, and arm