No possible, probable or proven invasive fungal infection was observed in either group. Posaconazole trough levels were significantly higher in the tablet group than in the suspension group at all analysed time points. Drug-related adverse events were similarly low in both groups. 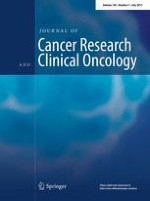 The effect of adjuvant chemotherapy in patients with intrahepatic cholangiocarcinoma: a matched pair analysis