Distal femoral osteotomy (DFO) is a well-accepted procedure for the treatment of femoral deformities and associated symptoms including osteoarthritis, especially in younger and physically active patients in whom knee arthroplasty is undesirable. Still, there is an apparent need for evidence on relevant patient outcomes, including return to sport (RTS) and work (RTW), to further justify the use of knee osteotomy instead of surgical alternatives. Therefore, the purpose of the present study was to investigate the extent and timing of patients’ RTS and RTW after DFO.

This monocentre, retrospective cohort study included consecutive DFO patients, operated between 2012 and 2015. Out of 126 eligible patients (18–70 years, 63% female), all patients responded, and 100 patients completed the questionnaire. Median follow-up was 3.4 years (range 1.5–5.2). The predominant indication for surgery was symptomatic unicompartmental osteoarthritis and valgus or varus leg alignment caused by a femoral deformity. The primary outcome measure was the percentage of RTS and RTW. Secondary outcome measures included time to RTS/RTW, sports level and frequency, the median pre-symptomatic and postoperative Tegner activity score (1–10, higher is more active) and the postoperative Lysholm score (0–100, higher is better). 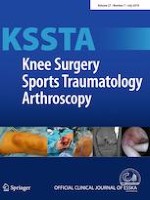