Hippocampal 5-HT1A receptors and the PKA signaling pathway have been implicated in learning and memory. This study aimed to investigate whether PKA signaling mediated by 5-HT1A receptors was involved in the electroacupuncture (EA)-mediated learning and memory in a rat model of middle cerebral artery occlusion-induced cognitive deficit (MICD). Compared to no treatment or non-acupoint EA treatment, EA at DU20 and DU24 acupoints improved the neurological deficit of scores, shortened escape latency and increased the frequency of crossing the platform in the Morris water maze test. T2-weighted imaging demonstrated that the MICD rat brain lesions were mainly located in the cortex and hippocampus, and injured volumes were reduced after EA. Furthermore, we found that these behavioral changes were concomitant with the deficit of the 5HT1A and PKA signaling pathways in the hippocampus, as the activation of the 5-HT1A receptor, the reduction of PKA kinase activity, and AMPA and NMDA receptor phosphorylation occurred in the injured hippocampus at Day 14 after MICD. Additionally, EA dramatically elevated the activation of PKA. Moreover, EA significantly increased intracellular calcium concentrations regulated by the activation of NMDA receptors. Therefore, PKA kinase and NMDA receptors mediated by 5-HT1A receptors in the hippocampus might contribute to improving learning and memory during the recovery process following ischemic stroke with an EA intervention. 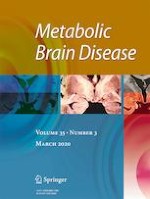 Neuroprotective effect of Crocus sativus against cerebral ischemia in rats